Last evening's performance in the Chapel, a wonderful space with a fabulous wooden floor, felt really good. We enjoyed bringing some of our noisemakers to a new acoustic, and we look forward to playing out again soon.

"We'll try to stay serene and calm / When Alabama gets the bomb!"

Two pianos recorded on a boombox in a practice room at the UW. Every time a loud sound is produced the compressor in the box pulls the input levels way down. Every time there is a lull the compressor allows the input, with its ominous 60-cycle hum, to fill the vacancy. It turns the resulting tape into a theater of desperation: sound must be made or this space will be fill with choking hum.

Last week I listened to Pete's recording - this is my recording of the first 20 minutes of the same session. Comes across as though it were a room.

This tape takes its time finding a focus. After about 10 or 15 minutes it is solid.

Delicate and transparent from the start, emphasizing metallics: bells, wires, cans, lids, and tam tam. It remains small thin and slow in ferocious consistency. Built nearly entirely of singularities and fixations, scratching only the surface of the quiet. 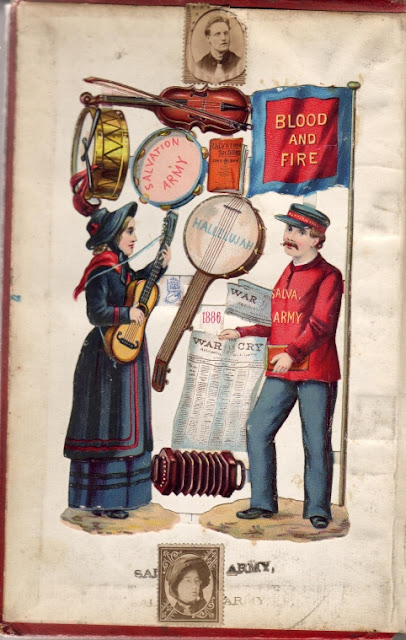 This was my home test of improvising along with the canned bit. Looking back on the whole project I think that the stuff coming out of the speakers is the strongest and most fully realized part of the piece. The piano improvisation, though it was in the conception from the very start, ends up sounding like an unnecessary add-on. That may be less of a problem in a live performance, where the presence of an actual person on the stage carries its own theatrical weight. As a recorded item though it falls flat.

Not monumental - mythic, but not that exactly either. More like the bedrock out of which the myth emerged.

Any pianistic figuration fancier than necessity is brutally eschewed. Its sensuality is pointedly ignored. It is the image of a mechanism evoking music-meaning data, the image of a thing to be analytically considered.

This in from Steve: "One member of my little plethora of 'beat slicing' programs made 893 samples out of session 830 in a vain attempt to find a pattern. Ha!"

Later: "heretofore unknown software features department: when our 893 samples were imported into another program a 'groove' created by the beat slicing program generated 192 'patterns' of various subsets of the 893 samples at '70 bpm' which can then be arranged on a timeline."

Saturday May 4, 2013 at 8:00 PM
Keith Eisenbrey and Neal Meyer at The Chapel Performance Space, Good Shepherd Center, Seattle
Music for solo piano:
Eisenbrey: Welcome to my planet. I come in peace.
Meyer: Cage - Solo for Piano
Posted by Keith Eisenbrey at 4:34 PM No comments:

"Let's try a session playing instruments we don't know how to play." This simple suggestion in June of 1984 among three newly re-united musicians wrought an improvisational project of uncommon longevity and abundance. Nearly 29 years along, and with 829 recorded and numbered sessions behind us, we are still not entirely sure what we are doing. Charter members Keith Eisenbrey, Aaron Keyt, and Neal Meyer will be joined by long-time collaborator Karen Eisenbrey, and by our recent adoptee Steve Kennedy in an evening of noise and exploration. Having persisted these several decades happily in private workshop mode, the February 22 event will be the group's first public performance since 1997.

Pete wanted to use some of the sounds available at the Tintinabulary in a composition project, so he came over and recorded while we half improvised half demonstrated various items. Pete divvied up his recording into 7 tracks, each featuring certain groups of sounds. The first couple of tracks were mostly bells, gongs, and tam tams. After that there were some rattles and janglies, a flute with clang and taptik, a drum, and a penny whistle with a host of toys. A challenge for me in this project, and one which I overcame only fitfully, is my disinclination to leave sounds be. My background in improvisation is to regard the process as another mode of composition and so if I play a sound I am immediately thinking how to skew and transform it. But here, to a certain extent, the idea was to record a sample track that would be malleable to composition at a later time rather than to create a unique and solid timespan.

But for the last track Pete let me loose on the piano, and the result is quite nice. There are a couple of audio issues resulting from Pete's risky improvised microphone placement running afoul of a sudden dynamic accent, but other than that he made the old Kingsbury sound pretty amazing. I am about as pleased with my compositional/improvisational thought as I have ever been. You can listen to it here on my Soundcloud site.

A huge dynamic range, the correspondence among which are not just those of impact to impact, but also envelope to impact and envelope to envelope.

A sudden staccato passage, crazy chromatics, dissonances voiced inimitably. The more I hear of Weiss the more ecstatic I am to have found him.

The substance into which these pebbles are dropped and poked and fired can be pulled into various tautnesses by the dampers: now a liquid, now a gel, now a sheet of iron. The hissy halo of sound co-opted the whorling roar of a jet - distance and trajectory united in a luscious noise.

Posted by Keith Eisenbrey at 1:42 PM No comments: 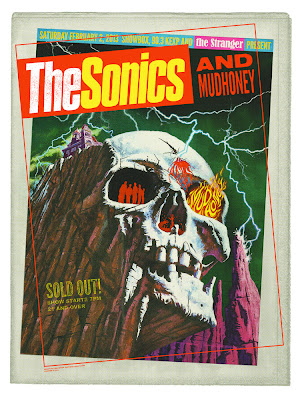 February 2, 2013
The Sonics and Mudhoney
Showbox at the Market, Seattle

Two quintessential Puget Sound bands of yore did what they have always done: rock the planet down to its roots. When we caught Mudhoney's act at Neumos a year ago in October they were the old guys, showing us how it was done in the old days. Put them on stage with The Sonics and suddenly they're the upstart kids. Both bands played fabulous sets, but it's hard to understate the impact, even 50 years along, of hearing The Witch, the song that launched 10,000 punk bands, played full out by the makers. Punkest geezers ever.

Bartokian nightmusic found in the back of the cupboard. Nobody was looking so it got frisky. Violin and viola imitating theremin imitating violin and viola. Viola using woody side of the bow as steel. Harp and violin and viola con-pluck and con-bow. "Have a bow. You need one." Boxes with strings to make them go.

A common complaint about improvised music is that it too often follows the same trajectory: starts soft and slow, gets loud and fast. But it is not so very often that it occurs with the carefully measured increment and just perceptible gradations from bells & gongs bending pianissimo tones to the ten simultaneous games of speed chess that these gentlemen brought to life. Followed by a poem.

Landscape: a nocturnal plain hours from everywhere. Highways variously distant. None near. An immense dark sky. Trucks doppler by, interrupted by unseen landforms, twisted by airmasses shifting.
Trombone and mute and chair and human.
Complete and lovely.

King of May - Allen Ginsberg

Another day in the life of Mr. Ginsberg.

A chorus of liberated intonation. We must have decided to do an entirely vocal session, and for quite a while it finds wonderful places and textures. After about 25 minutes I think we got light-headed, so it went all silly.

"Let's try a session playing instruments we don't know how to play." This simple suggestion in June of 1984 among three newly re-united musicians wrought an improvisational project of uncommon longevity and abundance. Nearly 29 years along, and with 829 recorded and numbered sessions behind us, we are still not entirely sure what we are doing. Charter members Keith Eisenbrey, Aaron Keyt, and Neal Meyer will be joined by long-time collaborator Karen Eisenbrey, and by our recent adoptee Steve Kennedy in an evening of noise and exploration. Having persisted these several decades happily in private workshop mode, the February 22 event will be the group's first public performance since 1997.

Posted by Keith Eisenbrey at 3:45 PM No comments:

I have come to the music of Olivier Messiaen only recently, and this was the first time I had heard this massively ambitious work, behind which lurk the specters of Berlioz, Busoni, and Strauss. I do not expect to be able to grasp such a huge and clotted thing on first blush, and I have been interested over the last few days that though I found much to dislike about it I also found much to think about. I am guessing therefore, and hoping, that closer acquaintance with it may clarify for me the image of those aspects I initially find off-putting and recalibrate them into pieces of a larger design.

The first thing I wrote in my note-book was "super-accoutred". The lushness of the scoring is only occasionally remitted by exquisitely delicate duets and trios. Each line is stuffed to bursting with big "O" Orchestration. More became more and more less and less. The go-to destination was, juice it how you will with modernist spice, the big tune wallow of Rachmaninov and other such faux-Romantics. It was difficult to shake the suspicion that, like them, once he had burdened a musical idea with a personal meaning his faith was unshakeable that this personal meaning was from then on and for all time a permanent attribute of that musical idea. So that, instead of the development of a musical idea through chains and webs of association within a shifting dramatic context (as in Wagner, for instance), we hear musical ideas in succession, standing opaquely for some poetic idea in the composer's impenetrable head.

I think though that there is hope. Often the movements just stop. Similarly, entrances are abrupt. Progression is static. These features I find deeply intriguing. They hint at a peculiar structural rhetoric akin to that of murals or collage. I look forward to hearing this piece again, and I am ever so glad that my first listening was to this excellent live performance.

Opens with a thumping gradually gelling into the onning and offing of the big Wurlitzer. thump thump on off, A sawtoothy feedback wanders about the room.

Alive Against Better Wishes - Smokestack and the Foothill Fury

Karen & I caught Smokey's remarkable one-man-blues-band at the Shanty Tavern in March of 2010, just a few months after this album was recorded down at the opposite corner of the country. I have always been dumbfounded at the ability of fine blues guitarists, Robert Johnson comes to mind, who seem to play in several inter-malleable tempos at once. Smokey takes it up a few notches by not only doing that but also playing his own bass and drums. Well I don't think he's actually playing a bass, at least I don't remember that, but it sure sounds like a distinct bass part down there. When you get tired of well-scrubbed and slick, this is for you.

Hangs it out and sticks with it.

Prelude and a few chosen words.

Saturday May 4, 2013 at 8:00 PM
Keith Eisenbrey and Neal Meyer at The Chapel Performance Space, Good Shepherd Center, Seattle
Music for solo piano:
Eisenbrey: Welcome to my planet. I come in peace.
Meyer: Cage - Solo for Piano
Posted by Keith Eisenbrey at 3:04 PM No comments: