Disclaimer notice: I was the lucky raffle winner of two tickets to their next concert, and Karen's name was picked for a second set of tickets, which we declined. Heads up to concert makers: bribing me in this manner is completely unnecessary, as is loading the concert with works written in my birth year. To the modest extent that what I'm doing here constitutes a concert review I'm usually pretty kind, and, I hope, mostly constructive. But thanks for the tickets. I'm looking forward to it.

Bussotti and Baker and Brown. O My! The patterner in me wondered how Stockhausen was included in this set of B names. Tom opined that perhaps there is an invisible B in front and we ought properly to say "B'stockhausen".

According to Ben Boretz, a score is a stimulus. It can also be a reproducible, portable, marketable artifact, culturally coded to stimulate, in a prescribed practice, a certain acceptable range of event outcomes. The musical work, then, is a complex set containing the score, the cultural coding, the practice, the desired event outcome of the score maker, the actual and postulated score-stimulated event outcomes, and the various webs of discourse, public and private, proto- and post-, pertaining. What is (or was) overtly new in these (mostly) historically significant open form works is a concern with the mechanics of scores as such and with the specific content of the individual score maker's desired event outcomes, but the resulting discursive churn focuses much more uncomfortably on cultural coding and practice. As musical works they function as questions about us, about what we do when we do music. 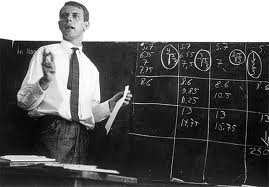 And what of the event-outcomes themselves? Bussotti, performed in Bonnie's riveting stage dialect, was a sharply delineated universe, vigorously explored, bravely lit. Stockhausen, splayed out and pinned down carefully across an 18 minute or so span came across as surprisingly rational and thorough. Interestingly though, there was nothing particularly unusual about the gestural or figurational content in either work that seemed to be tied specifically to their relative open-ness of form. I could imagine those gestures and figurations arising in through-composed percussion music with no loss of eloquence. This may stem from the fact that, at least in this performance, all that is open about their form was worked out by the performer in advance. She had many substantive choices to make, but they were all made by the time she began.

Not so with Synergy II. It is a box of parts and a set of instructions allowing multiple results. No two performances are likely to be the same (and these two were quite wonderfully distinct), and none of the perpetrators really know what exactly is going to happen until it does. This is by design, and Mr. Brown took a great deal of care crafting his material so that no part or set of parts could be complete in itself beyond the bare minimum individuation necessary to be considered as a part of this piece only and not as some interloper from music as usual. The care taken shows.

Tom's (beautiful) piece struck me as much more like the Stockhausen, in the sense of being a thorough and careful exploration of something, but with a sense of lyrical wonder replacing the rational display. Where Stockhausen indicates salient points as though wearing a lab coat and expecting us to take notes, Tom's gaze pans slowly across a landscape, which would be blinding to see all at once, and which must be constructed in memory over time to be seen as the whole that it was conceived to be. It is shown little by little in a band tall and narrow. Once again the locally produced holds up quite well next to the more broadly established brands, thank you very much.

Another selection from the trove of tapes my mom shared with me.

Neal reads from Genesis, then skips ahead to Revelations. I read from Brecht.

Among the more pianissimo of sessions, its patient attenuation expressing an impatience with music as usually expressed.

Each widely separated (in register) pitch is its own theater, and each of their jointures also. Memory and regret.

In Session at the TintinabularyNovember 19, 2013Gradus 237 - Neal Meyer

Lots of Gradus this week.
Posted by Keith Eisenbrey at 2:45 PM No comments:

Domestic activity contained within the possibility of its own unhinging - like a picnic.

Prelude to an Afternoon of a Faun - Debussy

There is nothing impressionist about it. Corporeal, warm with pulse, glowing with stench.

As music it begins, or always begins :: from music it veers, or always veers :: subsiding slowly into autonomous alt-conscious selves :: selves of each other's self each autonomously alt-veering :: beginning again to veer again so as to glimpse again, over the shoulder.

A tape recently copied from my mom's collection. She directed the choral activities at BFUMC for most of my childhood. This is one of the earliest recordings I have in which I play a part (a 10 year-old in one of the children's choirs). It ends with an arrangement for combined choirs of the over-wrought quasi-hymn O Holy Night. Ben Boretz often asks us to recall those moments in our musical lives that sent us, willy-nilly, into music as a calling, those moments to which nothing outside of music can compare. Being a part of this performance was unquestionably such a moment for me. I suppose I was naïve for having my buttons pushed by this, but hey, I was only 10.  And to be honest it still gives me a thrill - always a sucker for a great entrance.

Improvising on solo piano, an essay on phrase length/shape/balance/note-count. The effect is part Satie, part Broadway, part antique dance. Pitch is so not the point.

Getting somewhere, but not by our own effort - more as though being ballooned.

In October of 2010 Steve Scribner produced this concert at a little theater in Snohomish. The event itself was pretty informal, with lots of banter between the audience and performers. The music was a hodge-podge of compositions (by Scribner, Neal Meyer, Wayne Lovecraft, and me) and various collaborative improvisations, making a low-key evening out of some pretty far-out music (far-out per se and far-out from its accustomed locale). But what Steve did, through judicious cuts and inspired overdubbing, is utterly transforming. All the low-key has been expunged, and all the sprawl has been made thrumming taut. What was informal and chatty has become sharply focused, a model of formal balance and precise contrast.

Now we know what was inside that opening trill.

As I child I knew this song (mistakenly) as "Little Eyes". It was one of my favorites when I was 6 or so, and I had no idea my mom still had a tape.

In the left channel is an attempt (surprisingly successful) to duplicate the right channel (recorded earlier that day) without being able to hear it. Some sudden songs, including I Want a Girl From Venice California, (twice of course, once on the right and once on the left) - and the audio guest list from our first concert (the previous January) - including cameo appearances by Neal's family of origin and the Chez Sleaze Reserve Section.

Xylophone provides context while we attempt to squeeze radio noise out of a balloon. One of the major arguments of which Banned Rehearsal consists is that between "making a tape" and "recording an improvisation". In practice this often comes down to how cognizant we are of the microphone in our midst, or of the other mechanical aspects of recording sound, or of the mere fact that a sound we make now will be a recorded trace later (See BS 12 KEE NWM, above). Here we come down decidedly on the side of "recording an improvisation", working out a soundscape communally until each constituent is precise and distinct.

My German is only good enough to gather the topic of conversation (the various keyboards used in Ms Schornsheim's omnibus recording of Haydn keyboard works), and the patina of articulate consideration, but not the gist of it.

An experiment - overdubbing a Silvertone hollow-body directly through a Fostex MR8.

Last weekend an acoustic guitar walked itself over to my house. I think it has a bad pickup, so my attempt to record directly to the MR8 resulted in some heavily distorted noises that I rather liked. The link will take you to one of three quick riffs I made with them.

I still have some work to do.
Posted by Keith Eisenbrey at 2:48 PM No comments:

i.e. Gang of Four I Love a Man in Uniform

The Lisztian virtuosic image is of a performer so completely in command of technique as to transcend the possibilities of production. The Mozartean equivalent is a virtuosity of imagination, quick and precise as swallows in chase. 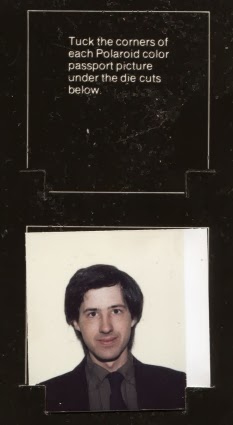 When I returned to the Seattle area from Barrytown in 1984 I didn't want to lose contact with all my east coast friends, so I decided to write at least one letter every day. If someone wrote back they were moved to the top of the list. When Neal's sister Karen was up from Tacoma visiting early in September of 1985 she noticed I was writing a letter. I told her that if she gave me her address she would get on the list. And so I wrote her a letter, while simultaneously reading what I was writing out loud, unperturbed by Neal's magnificently perturberant puttering. A few years later I published this first letter to my future wife - a riff on the time of writing, the time of reading, the time of recording, the time of playback, and the interlocking scopes of time-contingent truth statements - in News of Music, as Keith's First Epistle to the Tacoman. It starts "This is not a test."

Extended technique as a way to move the sound in space - as though the dancer from Hope's piece had transubstantiated into tone.

-- I missed the first part of the title. If anyone picked that up please comment and I'll edit this post. Thanks!

An idea worked out to its gnarly it-ness. Like nothing so much as a century old storm-shrubbed fir crabbed onto rock at alpine's limn.

Strangely fitting that this was composed for a theatrical production that was never actualized.

I have been archiving some of my mom's old tapes. She conducted this amateur women's chorus from 1958 or '59 through the early '70s. The sound of this ensemble is among my earliest musical memories. This concert had an Americana theme, moving from old hymns, through Randall Thompson, to Woody Guthrie and beyond. The selection becomes it's own time-capsule. It was long enough ago that Christian hymns could be included without irony in a secular setting, and hip enough to include an arrangement of Blowin' In The Wind when it was essentially a new song.

Throw at wall
see what sticks

Oboe Roi
cornet
Sedia Response
playback time
extremists 1984
when I was in the 5th grade
mr. boom boom
If your order never arrives and the company to which you sent your money answers the phone they will intervene on your behalf and put you in touch with the proper agent

Establishes touch-points for near, middle, and far. Proceeds to narrow the focus of space as the textual content both expands (as to point of view) and contracts (as to theme).

I improvised this on my newly-completed but not yet brought-up-to-pitch clavichord as a response to the earthquake and a prayer for its victims. I have uploaded this to SoundCloud. The link above will take you there.

Another copy of what I believe is the same (nearly finished) draft. I wonder now if the text is too heavily encumbered by my setting.