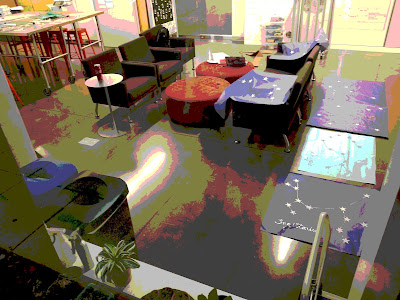 the phrases, sometimes, come in threes
so that they seem to have gotten stuck

but the third iteration
is free to move 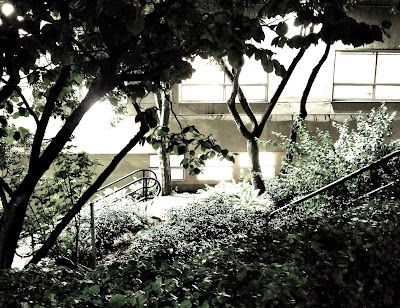 It is either in, or it is played back at a tape speed so that the result is in, F-sharp. There is a soprano solo in the Christe eleison, if that helps.

Every Grain of Sand - Bob Dylan [from Biograph]

I presume this is from his Gospel days. Musically it is about as strong as anything else of his. I'm not sure what all the fuss was about.

Never sure of his song titles. This also has it's a hard rain so that might be it. This is a recording made live from the board. The sound guy messes it up just to juice the ending.

Gramma's In The Cellar - Train Case

this was
recorded
by me

the spoons
were played
by me

The mix has a loudness problem, but the song is strong. It has lots of guitar. 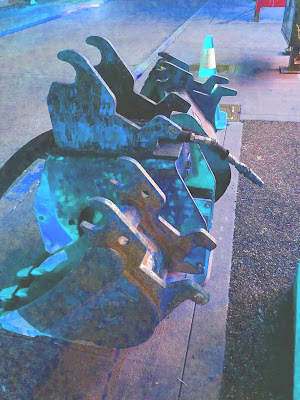 I love those "hey why did he stop playing" breaks between phrases. They are exactly not any kind of Grand Pause.

The vocal line is supported, re-interpreted, developed by the lines of the setting and by how the harmony re-interprets the lines by re-balancing them upon other centers. It's gloss all the way down.

Oral history, at least, has the King of England finally arriving just in time for the Hallelujah Chorus, which immediately precedes Part 3. So, did Handel know that, that is, ahead of time? Would it allow him to compose Part 3 so that his vocal stars could strut their stuff for Royalty?

"That's why a woman is only alive when in love."
Well that is a pre-feminist statement for sure!
or: Until she is in thrall she is dead.

Heart of Mine - Bob Dylan [from Biograph]

a tired song that wanders into hook and cliche. 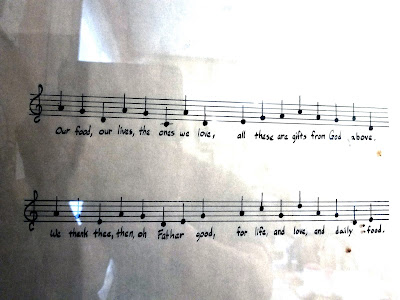 This is the table grace I wrote to Karen's words, for use in our married life. The score was presented to her as my wedding present. Simple, pentatonic, and quite elegant I think. In practice we hold the last note of each phrase. I made this recording recently.

treacherous
maze to
echo through

in the dark
with mudmonsters
and possible traffic

meter and rhythm adhering closely to an image of machine time

"far from my normal Thursday"
Karen was reading from her then just released first novel "The Gospel According to St. Rage." This section is in the voice of Barbara, the protagonist. This evening she'll be reading from several of her books at the Neverending Bookstore in Edmonds. In costume no less. I'm going to the party disguised as Barbara's dad.

let it sink in
for real

Neal dropped by in the middle, and we agreed that as a Violin Sonata this makes for a pretty fabulous Piano Quintet. Under cover of Late Romantic noodliness is some subtle tunesmithery and some solid and imaginative contrapuntal thinking.

Fauré for me is largely an unknown. I am familiar with the Requiem, but that's about it.

He also had a fine mustache, handlebar style. 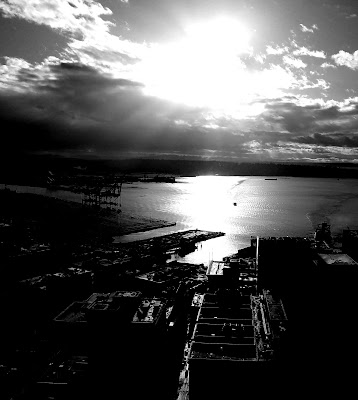 composition:
the art of guiding the process of coherence

one among the many practices of rhetoric

a swaying of the ear

We can analyze what we have been persuaded to hear

or we can analyze the process, the rhetoric

of how we were persuaded to hear it
as such

acoustic phenomenon, chord of nature, etc.
are only some among many common tools with which one might -suade an ear

in and of itself they (acoustic phenomenon, chord of nature, etc.)
are neither a necessary nor a sufficient condition for music to be heard as such
they are an enabler, not the sole basis, of composition

A squall passed by so I recorded some of the sounds it made from inside, then from outside, then
again from inside the Tintinabulary.


just sit there
be lost

the road is a map
Posted by Keith Eisenbrey at 2:19 PM No comments: 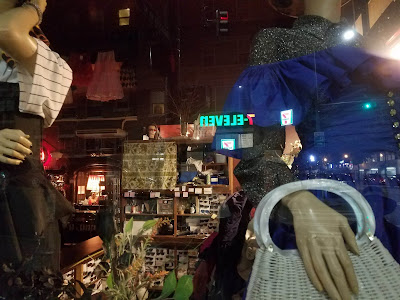 It introduces material profligately, but only gradually begins to work it, or to draw it together, except in as blockishly obvious way as could be. It is about the varieties of betweennesses and mediations. He is the sequitur whisperer. 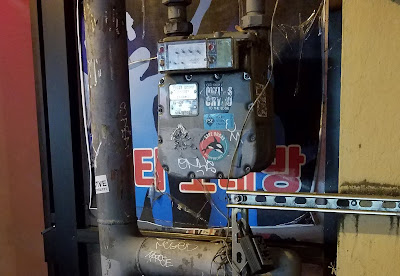 so why not follow up on it?
overlain block prints upon each other
a colored box with idea tokens in it
or why did I write this?

Father of the Bride - Harvey Schmidt - Robert Preston [from I Do! I Do!] 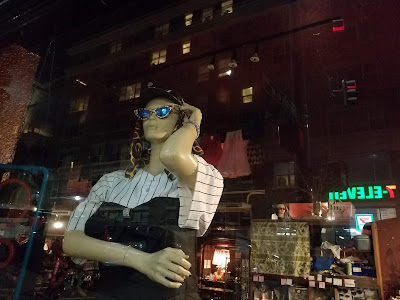 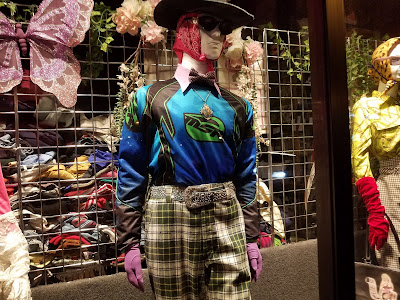 ::|| American Academic:
design the ordering so as to produce effects among otherly experienced matrices
that is
order things in order
to produce an effect ||::

More Ives in Stockhausen's approach than I had considered before 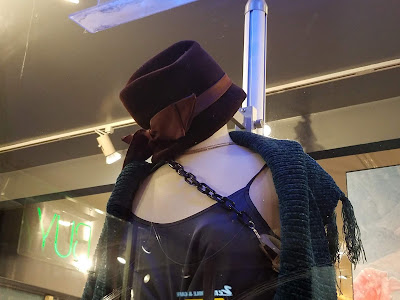 or Wagner, of course
things represent other things in order to mean

one could order things
to represent other meanings
in order

the smaller it gets the more I like it

referenced image
crass
as on a slab 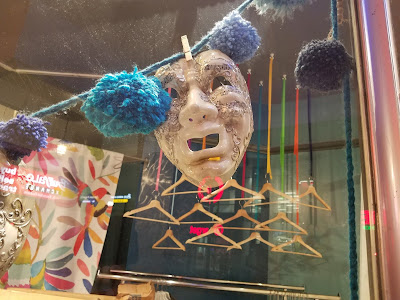 Resistance Side A - Chris Cochrane and Doug Henderson [March 1986]

Two composers/improvisors/music doers from (from when I knew them) the Bard scene in the early 80s laying out some sound in an acoustic space familiar to me from earlier of my days.

They have or name songs, presumably repeatable in some sense
words and everything, I had forgotten
songs with names like Goat and Stove

Intermission
entertainment provided by Banned Rehearsal
we play the board upon which the PZMs were taped as they taped the proceedings
whispered: Bickleton Burger
a gift to Resistance from Banned Rehearsal

Is this evidence of the cultural hegemony of Western Pop? Doing it up like Bollywood?

I could get into the drumming, which is highly competent

There are five tracks of this song in the folder, but only four entries in my index. The titles are not much help. Your Mother Should Know is Neal Kosály-Meyer and his sister, my spouse, Karen Eisenbrey. I was acting as recording engineer, making it up and learning as I went along.

Put the Guns Away - No Rey [from Contradictions] 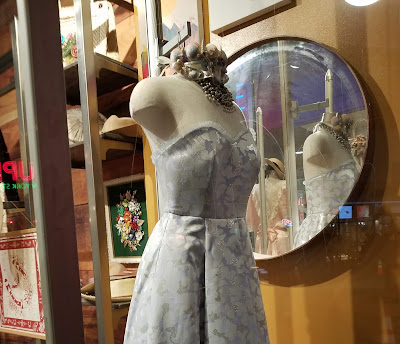 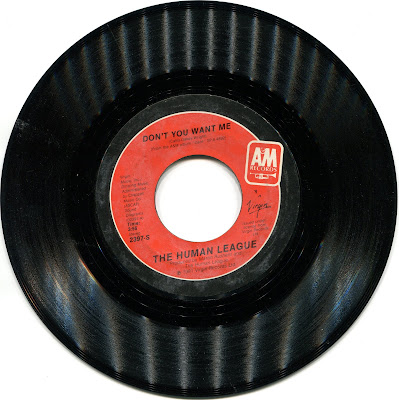 at worst
a museum display of medieval spirit life

Bucket T - The Who [from A Quick One]

They're having fun, but it's amusing for about three quarters as long as it lasts

Don't You Want Me - The Human League [a Rescued Record] 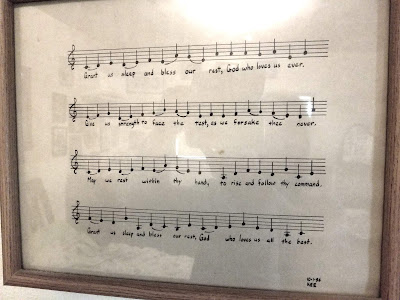 One of the house prayers I wrote for Karen as a wedding present, 33 years ago. We made this recording a few weeks ago just before our request was granted.


not moving much
from our original
locations

(from which initial locations we are not moving much)

to get a bead
on how our initial locations
align

until someone breaks loose

a hinge poised to turn

turning not to sink in more comfy
but to unsettle incrementally

a solemn plodding in the dark ceremony

(You've Got Me Undone) - Shelby Earl [from Burn The Boats]

verse construction:
lines repeat without or with amended words
keeping each verse wrapped back toward itself

At the end of the book launch for Karen's novel "The Gospel According to St. Rage" for its original publication in 2016, Karen answered questions taken from the audience.

Our amusement at the outset was with the notion of dialing 991 in cases of normalcy. I got stuck re-composing the C Major triad. Karen discovered the joys of milk can, cymbal, and ping pong ball.

These are two more of my set of 12 chorales, composed in 2017, as the 12th part of Études d'exécution imminent.

life john words are spirit and life and life

by the motions of the whole distance between
Posted by Keith Eisenbrey at 5:03 PM No comments:

Email ThisBlogThis!Share to TwitterShare to FacebookShare to Pinterest
Labels: Banned Rehearsal, Karen Eisenbrey, No Rey, Resistance, The Gospel According to St. Rage, Your Mother Should Know

'masterwork art, definitive formulation, validated method are among the crotchety gluttons at the feast of brotherhood; not its hosts'"
J. K. Randall - "Fontainebleau" News of Music May 1985

Roger Fernandes told us a story about how Beaver made the world.

I believe this is my first go at the Milhaud.

Carol Sams pulled out all the stops and then some. A huge piece for masses of folks. I might be able to get a better bead on it if I were to hear it alone. That is, I'm having more and more trouble these days with masses of folks performing for masses of folks. Much of this problem is simply personal to me: I am less and less comfortable being one among a large audience. It stresses.

For our 33rd anniversary Karen and I went out on the town to hear two extremely sexy singers in pretty dresses, each backed by bunches of dudes with pretty guitars and other gears. There was also a film made of music videos from Prom Queen's album Midnight Veil. We had a grand time.

the difficulty in producing masterwork art, is that it, as a thing, was never there in experience to experience

context can not be a method
stubbornly nonverbal facts

Humoresques - Antonín Dvořák [from Naxos The Very Best of Dvorak]

the sound is delicate
and directionality is surreally specific

to his credit he is clearly concerned with being certain that the words are understood, in every syllable of them

glorification of the kinginess of Christ
expedient in a monarchy

Outside The Rain - Stevie Nicks [from Bella Donna]

another one drifts off
none listen to the end anyway

later a conversation in fowl or wee critter talk

names of the actors
Romeo
Juliet

bales and whirds
their calls submerge
us

languid and shrill jungles joined at the solvent

the jangle of it, bright, overwhelms

a determined loser
powers attitude through to level two

begins to sing in the second longings


everything cold
is colder

the blankness of my walls
Posted by Keith Eisenbrey at 4:51 PM No comments: 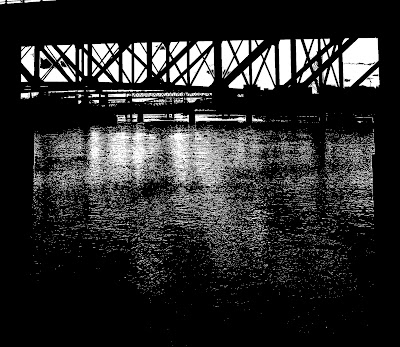 if such it is
attends the rhythm and structure of the argument
as much if not far far more than the meaning of the words
or of the whole, of its sentiment 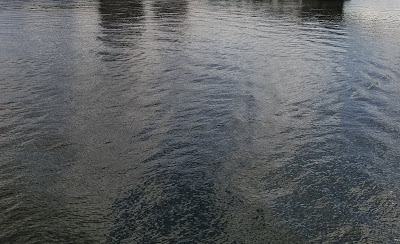 the rhythm of its formal discourse
patterning its procedures

the tell: the folk elements treated as primitivistic color

When the Kids Get Married - Harvey Schmidt - Mary Martin, Robert Preston [from I Do! I Do!] 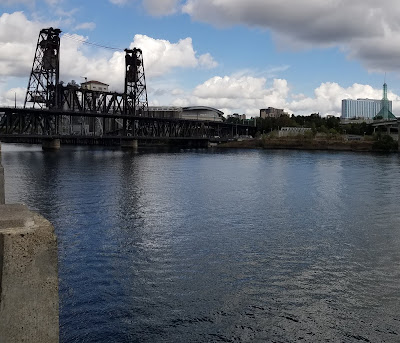 waiting with stagy impatience
for something

everybody is in their own individually packaged muffle room 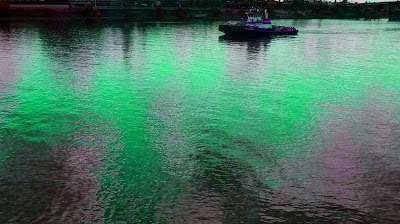 who can pen the most dire quartet?
big accordion chords wheeze in the warm strings
all those little wooden boxes set a quivering

always heavy
a weary ever so weary load 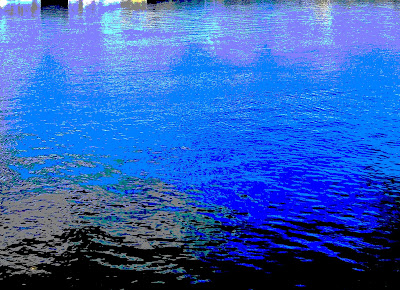 tangled up in blue?
a rhythm section is only as valuable as the freedom it allows

throughout of course the fluctuating hish of people-moving machines, their engines, their tires on pavements 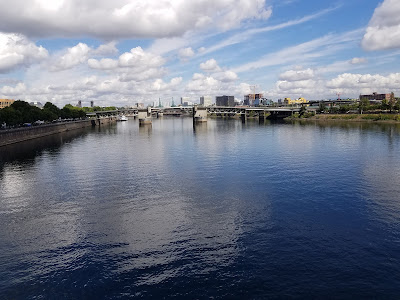 listening is a life hack
reckless with trajectories

about the downbeat
before it
after it
just above it

the itness of it is deeply concerned with the preceding and succeeding its of its itnesshood (Daseinsheit?)

Batman - The Who [from A Quick One] 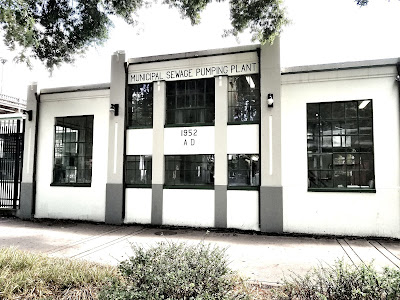 That Was Your Mother - Paul Simon [from Graceland]

bar talk story
and the science of the groove-like groove


As we were playing I noticed that the tiles on one edge of the drop ceiling my Dad and I put up 25 years go were sagging alarmingly next to where some had fallen several years ago. Now I need to decide what to do about it. In the meantime we rattled around the room.

but the troll said (and hungrily
too) I'm going to eat you
the sound
Posted by Keith Eisenbrey at 2:02 PM No comments: