particular qualities of otherness
not that other
but how other 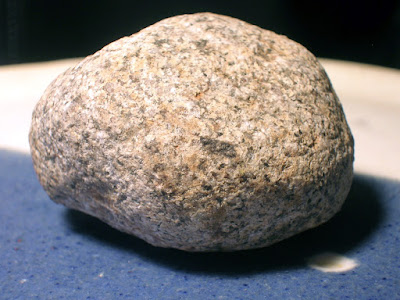 odd how suddenly it now sounds like parts of triads
as though a new layer had appeared from where?

the keyboard setting of a song becomes a staged dialogue of the song it sets
virginal: lute simulator

End of My Line - Woody Guthrie [from Columbia River Collection]

Mine Or Yours - Chet Baker and Art Pepper [from Playboys]

an audition tape instrumental
would you hire this band behind your singer?

How very English! To what extent was folk rock's influence on rock in general a bulwark against African-American culture, and to what extent was it an implicit, but near silent, acknowledgement of it? I suppose it would take some subtle tweezers to determine.

Unnamed Track 4 - Tillicum Junior High School Band, Bob Runyan, director [from my mom's tape of a concert given on March 3, 1971]

the muscular West
triumphalist tales we teach our teens

Mock Myth Romantic Days of Freedom
but sincere, as though everyone was exactly there
sharing shared experience exactly
each desiring so strenuously to be larger than life could be

at Toad Hall, an echo place

drunken spouting
each on their own bar stool
into feedback coda

Gonna Have Fun - The Boss Martians [from 13 Evil Tales]

I'll be writing a review of this album soon I hope. These are from my notes of a second listen.

breathing in dense atmosphere or liquisphere deep ocean saturn exhalation bubbles rise irretrievable The Monster caged rattles something in the room [did the first time around too, the shades?] 1st cut has lots of power rock vibe to it downbeats seem clear until you try to latch on

or: when it does resolve into power repetitions it doesn't last, it dissolves or just falls apart glueless

certainly nothing light about it nor glib

cats are going a bit bonkers

a homogeneity: same? amp system; same? guitar; same? drums? for each cut
has always seemed an alien mindset (my problem though I guess)
or rather: the space is so repletely filled at all moments that we are thrown upon variations in viscosity as a lifeline

quite the list of notes to begin with, taking up a considerable time in telling them

fancy guitar (learned to play with the ventures?) patter lyrics spat out 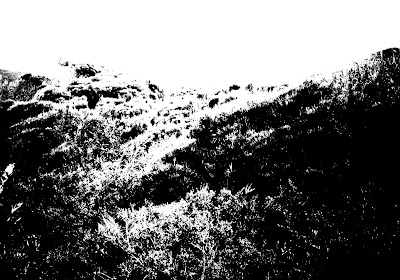 that this rhythm is unsubtle is a stance
something is going to break I know it
hammering man dueling flootle tootles
pitch talking across the degrees of recordedness
melodies not strictly imitative
self-contained multi-media portable sound projection devices boom boxes yeah!
behind of us the specter of Wozzeck
the passage narrows in on us alarmingly the walls close
sinuously slow into a swimmy sort of place
I do not recognize the tape that is on the playback in the wayback
arriving in another land caught in the act of invention
dulcim dulcimer dulcimest

Greg has asked for a review of this fine album, so these are from my notes on my first listen through 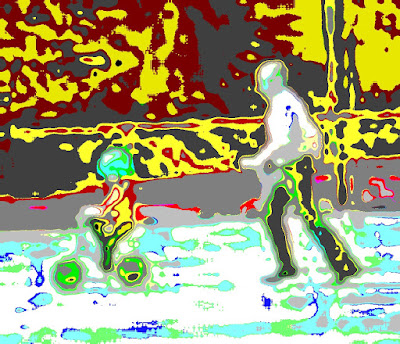 hm. essentially the same scrimmy idea, but not an installation exactly 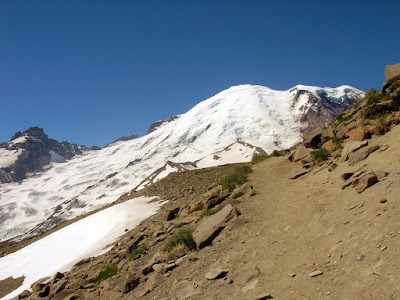 more like a junkyard clown act
handpuppet battles Punch and Judy style
into a different ecology of din
a roaring roar for roaring recedes into the past from the past at its distance
what it sounds like it is it probably is
enter the bee hive
righteous pedal tone from the Mighty W
a continuous sense in process
but noting the inventory of instruments in play, of layers in evidence, pulls one out of the time of the continuity
weirds it
pedal still hanging in there growing dire
guitar too big in the mix but, in general, conscientiously allowing space

hm. essentially the same careful application as above 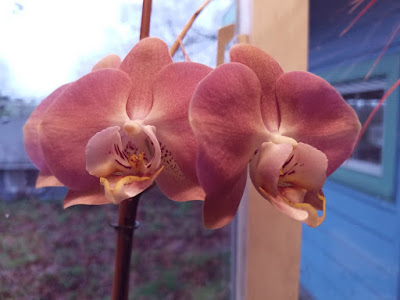 but we are more reckless with our space and size
what comes next is a pleasurable anxiety
similar mixtures of same as and different as a midden-tation session
Funmaker late in life (best drummer we ever had)
midden-session sensibility but loosened
snare drum sounds fab
clear, picks up its pitch variability
I recognize my piano playing by my ear
ideas unfold from inside
switches gears almost instantaneously
no fuss

More for the same: tambourine, electric six and twelve string guitars
bass tracks to follow
Posted by Keith Eisenbrey at 2:31 PM No comments: 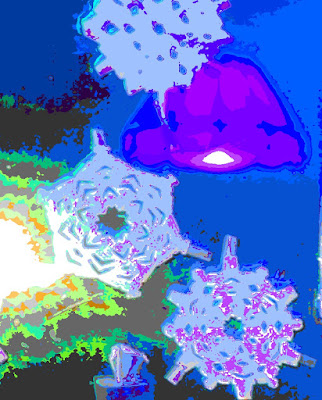 an opera or the entracte for the Hyperprog Band of LEGEND!
wanders close to Nancarrow through the basement watercloset back of a famous minimalist's seedy beginnings

dynamic range and its echoes
watch your fingers
might get chopped 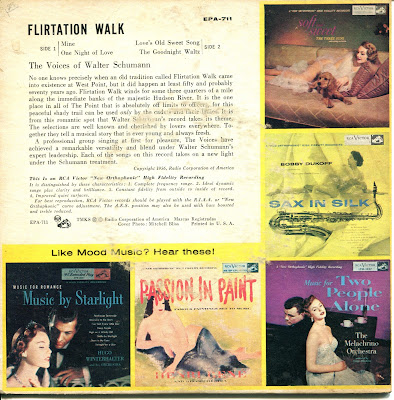 each and every element of texture both homogeneous - to easily fit together - and granular, specific, high-definition - to curve just so
on multiple scales

offset lines drag each other
but still direct
looking ahead

O Death Where Is Thy Sting - Rev. J. M. Gates [from Anthology of American Folk Music]

near to singing in tongues
cooperating independencies

us migrants. US migrants.
must always be free (not the migrants, the pastures)
more land reform propoganda
yowza! 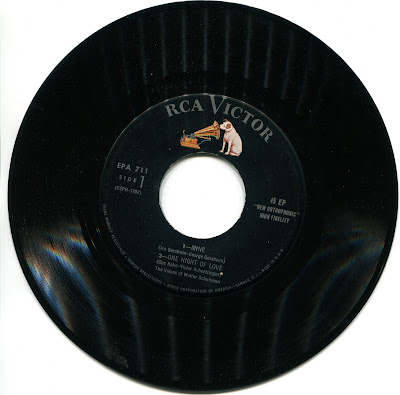 Mine - The Voices of Walter Schumann [a Rescued Record]

for choreographed singing
as for Broadway, or as a demo for a Variety TV Spectacular


Ain't She Sweet - The Beatles [from Beatles Anthology Volume 1]

eyes on the prize burning bright

the pitch qualia of the bass line is obscured, or given a specific index, by the kick drum (which is huge)

count to 3
nest it
slow and fugueish

A.H. in the dark
or a clownless Shostakovitch
Pachelbel's Canon with depression

narrow, bound
the voice enters singing what might be, might as well be, partitions of the identical close stepwise counterpointing texture stuff

all frame
no mona lisa

why do I so mistrust the politics of this?
Is it possible to hire people to put themselves through this?

interminabularity to the max, man
grinding to an eternal halt

singular light source
like morning
Posted by Keith Eisenbrey at 2:17 PM No comments: 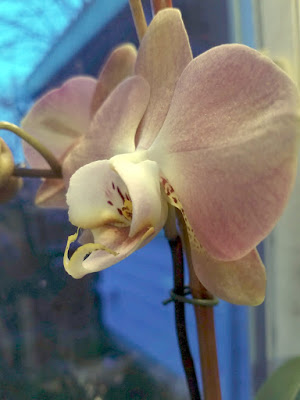 the Purification of the Virgin Mary) - Guillaume de Machaut

The class in Ancient Music History that I took as, I think, a Sophomore, at the UW, was humming along without making much impact until the prof dropped the needle on this 14th Century wonder. My ears perked right up. A few weeks later Ockeghem produced a similar effect, but that's another story. I don't really know where to start, but even more so live than recorded (and I do have M. Pérès's Ensemble Organum recording) this is some seriously weird shit.

Unimaginably consonant spaces open up suddenly, like frozen dragons or sci-fi time bubbles. Beneath, in the murmur, multiple layers of articulate thinking, in scholastic process. Invention inventing itself anew.

Or: With one voice these ten men speak with all possible readings of meanings, a synthetic poly-voice, beyond any individual's utterance. A sense of meaning that only ten voices speaking as parts of one voice can speak. One thinks forward to Schoenberg's polyphonic voice of God in Moses und Aron, or (now bear with me here) to a completely integrated version of what David Bowie was up to with his multiply layered lead vocal tracks on "Stay".

The choosing of the particular distinction we make between 'the music' and 'the noise outside the music' as being the most problematic, or, that this is the distinction of all others that is the most virtuous to not make, but, leaving all the others, presumably, intact, becomes less a spiritual mode and more a cheap parlor game mind trick, like somersaults. That is, which part of the complex of which that complex distinction is made is it important to somehow not make? And how could I know if I were successful in not making that distinction, if I couldn't somehow specify the nature of the distinction I was not making - thus somehow putting myself in the position of focusing on the distinction that I must, virtuously, force myself not to make. To not make the distinction is to posit that music, all of it, is noise, and that noise, all of it, is music, neither of which positions I choose to hold. Neither music nor noise benefits from the nullity of the distinction. For me it is no either/or case between them. It will always be an open question, with ramified implications.

A recitation of privilege and grace, a self esteem bolsterer that veers, oddly, into humility, or, perhaps, satire of subtle sort.

Over there, in paradise.

Each voice is an independent elaboration of exploratory elaboration. Query: did the notion of 'full score' arise out of the keyboardists' imitation of vocal counterpoint? I love the non-functional pitched sounds of harpsichords' release at the ends of things. The Galliarde is a page of time spans crammed with curlicues.

The concept of gleaning and the mythos of the migrant worker, of internal refugees. Political note: Is it not ironic how the anti-immigrant rhetoric currently rampant among us fails so utterly to remember that, we are and always have been a nation of internal immigrants, and of internal refugees? 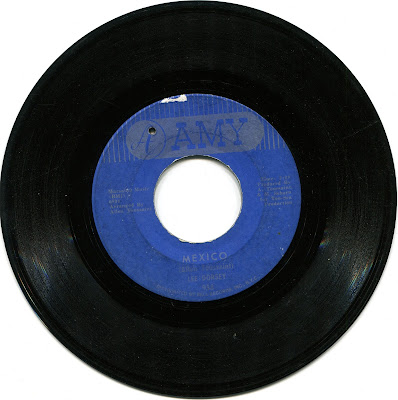 Early electronic music, as practiced outside of academic journals

A part (a big part) of what the blues always was: bend it up, bend it down. An improvisation-bent rhythm sculpture.

Circling arrangement, a novelty riff that could go on forever, were we drunk enough.

I wrote this set of tiny little pieces in 1981, while studying with John Rahn at the UW. They became,
after a fashion, my parting shot to undergraduate study. They are serial, being based on 5 note segments of a 10-tone row, and (if I remember rightly) quasi-Stravinskian rotational arrays. It was a 10-tone row, rather than 12, because I left two pitch-classes out entirely, creating a lumpy (or hole-some) aggregate. They were the first pieces I had presented in a while that came across like regular music: witty, melodic, full of stylistic references. Some members of the faculty at the time, who seemed (to me) to be regarding what I had been doing with increasing dismay, approved of my new-found musicality with relief. John couldn't, I think, resist the moment and announced that they were "probably the most sophisticated serial work any of his students had ever written." I don't think he really thought that at the time, but it was a pretty funny line, and I appreciated his support. Systems aside, I got quite a bit right in these: scale, proportion, lyrical wit. I will be performing them as part of my recital in February.

Hey Mr. Rain (version 2) - The Velvet Underground [from Another View]

Perfect title for a damp February evening. Mr. Cale's scribbling can't avoid sounding, occasionally, like its about to go all concert virtuoso on us.

Stand back! It's right there big in your face when you push play. No intro. Then ultra-delicate sensations of reverb. Un-on-going flatly presented. Wurlitzer Funmaker Sprite was no Hammond B3 but it had a sexy charm about it. Daddy's going to read Dante. Parenthood is an improvisatory art form. The concept of 'whole', i.e. completeness, as in beginning, middle, and end, is an unnecessary construct, an infliction upon music, alien to it. Activities can abort with salutory abruptness. Amid the reed and bow the quiet of nursing baby breathing. Contrasts made big with tape. Motto rhythm. Be wary of: It could have been done better. Often a hidden way of saying it could have been done so that it sounds more ordinary, or more professional. gag.

Those are Aaron's crows, in mid murder.
Posted by Keith Eisenbrey at 4:22 PM No comments: