it bides in a single room
all immensity else vanished, anywhere
winter in the dark north

A tour through a symphonic display
fascination at play with distraction

Posted by Keith Eisenbrey at 1:20 PM No comments:

After a fine dinner at The Brooklyn we crossed the street to hear Canals returning to this upscale joint. They have gained yet another player - a multi-instrumentalist who adds oboe, banjo, mandolin, bass, and yet more vocal sounds to their already varied mix. They are fast assembling a mini orchestra of Stravinskian quirkiness.

Staying upright on treacherous footing, but not always gracefully. If the parts are packed tightly enough the whole mightn't collapse.

The sleigh-bells here are desultory, like the grim "hoorah!" that punctuates The Threepenny Opera. The wandering counterpoints seize at any passing catastrophe. If we weren't there before, the last pianissimo bass plunk at the end of the first movement tumbles us over the edge of daylight into a gothic fairy-tale world. Elisabeth Schwarzkopf reigns as Queen Irony, dripping blood and knives, a vamp macabre singing kiddy songs.

Our neighbor asked if I would record her reading some stories for her granddaughter - a fun little project.

I made a bunch of noise for the holiday weekend, on an acoustic steel string with a pickup and on a solid body electric - running both through an amplifier with spring reverb.

Aaron sends a message from snowed-in Somerville to nearly vernal Seattle.
Posted by Keith Eisenbrey at 4:39 PM No comments:

The stuff of music is primitive and absolute only if we, or it, is not accelerating in a relevant space. Here our listening ears are like a camera in a tracking shot, following these sounds as they travel through time and timbre and tune - only seeming stillness. 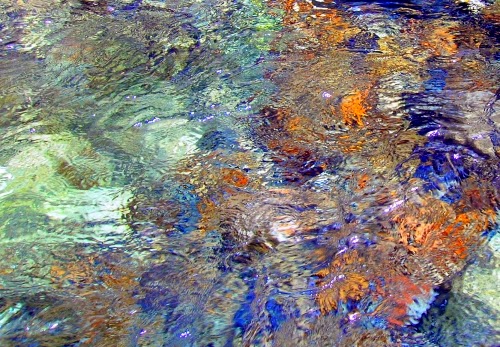 A realm explored: the space between what counts as tuneful and what doesn't.

Parts are inside and parts are outside, mismatched just so.

From within the music as it goes about its symphonic business emerges sudden glory, or revery.

Seems balanced, but nothing ever quite finishes - new thoughts spill in mid-syllable. The material shifts itself within its meter as though it were not quite comfortable in its chair.

Ever so microscopically aloft, the ground dropping out from beneath.

Neal moves to C-sharp, the third pitch-class - for those who are counting.
Posted by Keith Eisenbrey at 5:19 PM No comments:

A humanized, human sized performance. Each individual player retains their personal contour, their place in the group. The space between them is closely measured, even the big moments coming across as an effort of specifics rather than a gooey conglomeration.

Momentum giddily sacrificed to the moment, the vast chasms between now and now being bridged by design alone. The long line is left to fend for itself. We are now only here in this immediacy.

After CPE: Oh so rational. Oh so even tempered.

I love interwoven snaky counterpoint of the Andante, and the gently tiny extra movement tacked to the end.

This weeks improvisation was on the lovely acoustic steel string guitar that was the first off my brother Paul's luthiery. The rubbed version is pretty nice.

Aaron once again drops in from eastern climes.
Posted by Keith Eisenbrey at 4:10 PM No comments: