50 years ago or so, in a moment of collective glory for KRAB Radio - now Jack Straw Cultural Center, one of Seattle's treasures - a piano was dropped upon the town of Duvall, Washington. The remains have been stored these many decades until a suitable wake could be arranged.

I was honored to have had a part performing in Aaron's piece. I hope to be able to visit the installation in a couple of weeks. It will be available for public viewing through March 15.

The community remembered, inventing means, each personal, to consider both event and corpse, involving, among other things, perforce, a plenty of methods for pulling sound from a distressed harp and board, many wires still intact. marbles, hands, E-bows, computers, straws, chopsticks, magnetic tape (VHS width, I think), a fan, mallets, a jug-band, pre-recorded sounds, paper clips, . . . , commentary, profound consideration, and thoughtful ears. We come from many places, but we all washed up here.

two waltzes walk into a bar

scraps of what was there blew by

I could be convinced this is among their best

The Abyss - Keith Eisenbrey [from Preludes in Seattle, June 2006]

impatient scrubbing but thorough and strong

we do have windows though

a mix of means

such an idea!
to inflict upon dance tunes
all the intellectual and subtle power of polyphony
overkill upon overkill 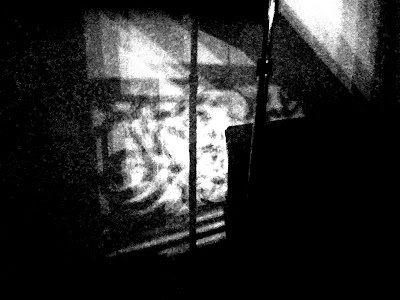 It's All Right - The Sonics [from Boom]

guitar solo takes its moment
the sound has a voice

after his own fashion
in his own keys

hits the keys that
hard cause that's
how he bends 'em

another songwritten song
showing off his songwriting skills for actual cred

Little Drummer Boy - [from Listen to the Joy]

must admit, those boychoir rumpapumpums are pornographic in an icky way
and brings in the whole army

Cream - Thee Emergency [from Can You Dig It] 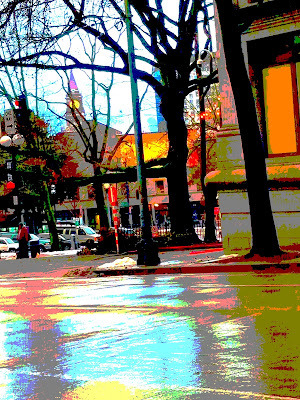 the sound of a room emptied of our sound
dim spotlights for illumination of such a vast sound there is of this sound emptied room
the hush of one, listening, whalish, earned
(lovely melodic lines in the marimba rumble)

February 19, 2019
Hard Times for Good Days - Dræmhouse [from Only Friends]

the frequency and attitude of how return happens is not altogether comfortable
fancy is encouraged
the thought process of this drama is unstraight, heavily glossed
each movement so varied in its innards as to make the motion from movement to movement less forward
or at least less wrapped and ribboned 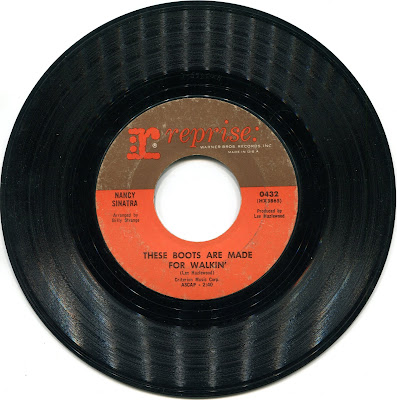 February 21, 2019
These Boots Are Made for Walkin' - Nancy Sinatra [a Rescued Record]

kiss off with a guitar lick that makes all worth while

unfixed repeat fault of vinyl (see below)
a part song hymnish ca 1900 choral anthem suitable for church or sentiment
bonus fast bit!
ripped from vinyl by recording with a boombox the playback from stereo
wireless sound leaping from device to device filtered by all possible equipment failures

the paucity of pitches used can be hinted at while being obscured and celebrated
seeks: pitch maximalization within pitch-class minimization

that milestone long since passed wherebefore one could confidently post-rungily assert that one had a firm mind's grasp on the set of pitches in play
not an insignificant cognitive boundary!
strike a chord like a fistful of hornets
Posted by Keith Eisenbrey at 9:01 AM No comments: 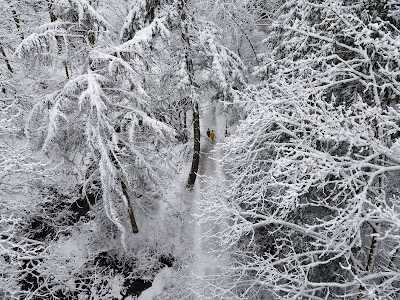 scraps cut to not fit quite just so 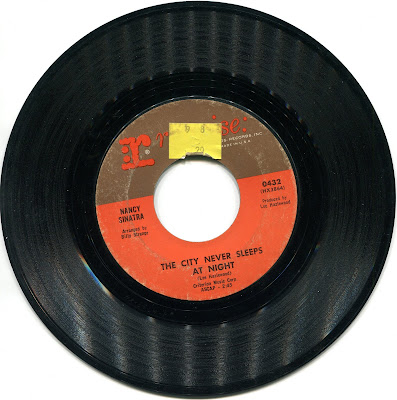 I Mean You - Thelonius Monk [from The London Collection]

October - U2 [from October]

the third of seven sessions made on June 7, 1986, in the attempt (successful) to get to 100 by the time Neal left for San Diego later that month

back at the half house 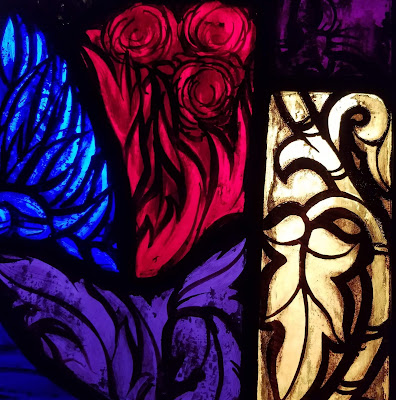 microphone placement
tape to the window
sacrifice the television

what was the first military force to have a band?
or has music always lured us off to war

you can almost smell the outdoor air 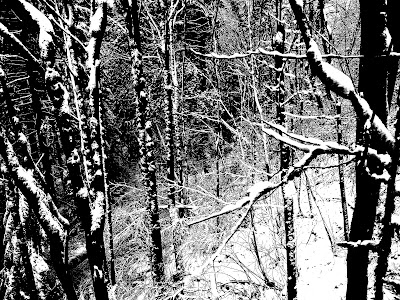 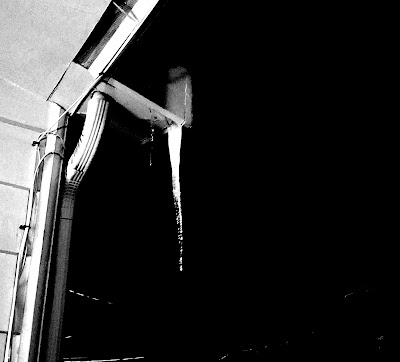 or
given the tremendous gifts of B the C.P.E.
personal, peculiar
what must it have been like to have B the J.S. as dad?

Hitch Hike - The Sonics [from Boom]

rhythmhornB3 has a luscious fuzz all through it

it's so clean!
so clean the words don't even register
except as placeholders within the songwritery songwriting

showcase: I'm what you got left (all of it)

Time Stratifications I Through a Glass Darkly - S. Eric Scribner [from Stormsound Cycle, May 2011] 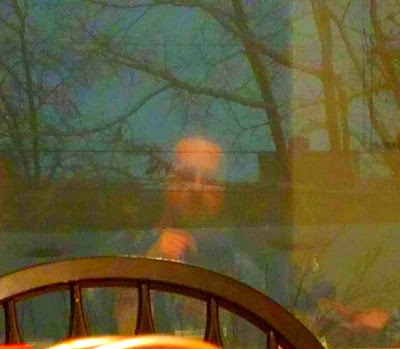 up to a sequence
resist

in this music the weather changes always

cycling through voices
one for each day
great clapping part!

recorded to make you feel like you're in the keyboard seat

First of all, the Banned sends a sloppy big "thank you!" to Steve Peters, Nonsequitur, and the multitudes who have kept this festival going for 34 years. I have been much remiss over the years in not getting to many of its events. Thank you for inviting Banned Rehearsal to join in this time! We were all of us excited to be there, and I hope everyone there in the hollow of the earth at Hollow Earth Radio found us at least puzzling, if not as all sorts of magnificent as I honestly think we were, having heard the recording now several times. But enough of us.

CK Barlow and Ambrosia Bardos play loud electronics splayed out on a table. Their sounds push back like firehoses, scour like sandblasters. No fooling around here, you will be cleansed up raw near bloody.

Bryan Lineberry, Schraepfer Harvey, and China Faith Star live to go lickety split, or to lay it out sweet and true, or somehow both at once.

We started out quiet and scribbly. Then we got more so.

What explanation do the passers by explain to themselves us passing by by?

How did I accidentally luck into studying with such an elegant pianistic magician?
If you play with ears open the music takes care of itself. 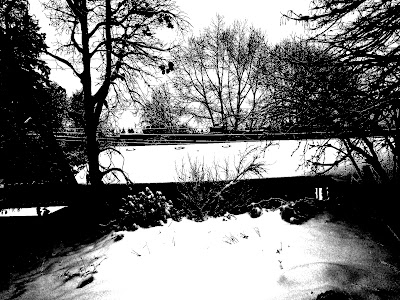 it's snowing outside as I listen, but on the tape's outside are the birds of a Spring past

Since I Fell For You - The Sonics [from Boom]

his fingers is all elbows

side to side
don't rinse, repeat 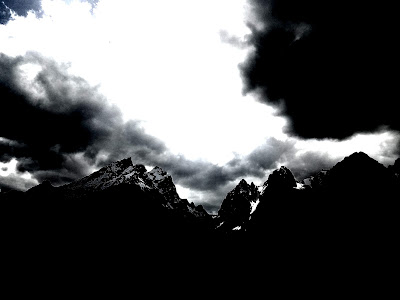 a power surf take on what should be a romantic ♥♥♥♥ slow dance (moi!)
strange little tag for fans only

Get It Up - Thee Emergency [from Can You Dig It] 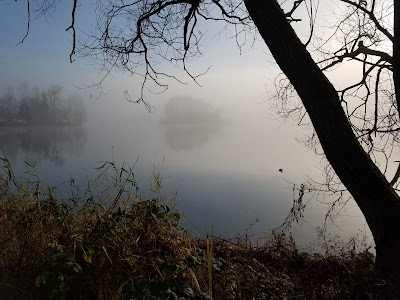 calling all
hear ye
cemetery insomnia
he voice it whispers
where did thoughts come from?

(flips back around and goes through Part I Chapter 1 also, but that's it)

Posted by Keith Eisenbrey at 3:47 PM No comments: 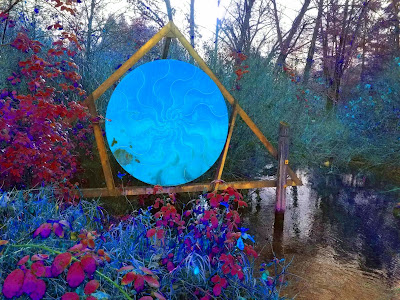 Another Sad Song Littering the Highway of Life - Doug Palmer - Keith Eisenbrey [from my recital Preludes in Seattle, June 2006] 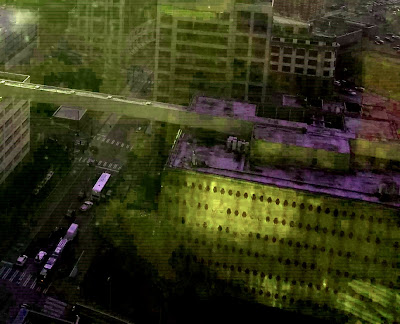 bells and gongs and mostly metal sounds scrambling around the Joyce worm, and guitar
and wooden train whistle

Louie Louie - The Sonics [from Boom] 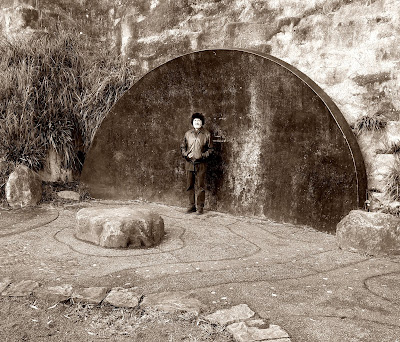 You :: Me
a complaint
when out of ideas throw a bridge away
more than a little Sting-y
warm wash synth rinse
(fade out long? really?)

song for kiss off

Holding On - Thee Emergency [from Can You Dig It]

punk attitude about what? getting through it
for battle within the way it is

joy covered with ash
give up your desire
this vortex named

the image of: tempi of LH and RH going off, slipping away from each other in cogjolty syncopation
but each always right with it
can seem several beats or measure off, but ain't
so: the sense of having awkward joints, or celebrating them

Here drums, have it.

In Session at the Tintinabulary
(and beyond) 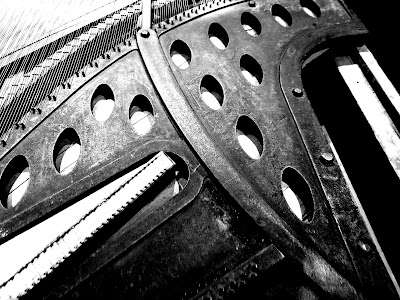 Our last good chance to not rehearse for our upcoming gig at Hollow Earth Radio on Thursday, February 7, as part of the Seattle Improvised Music Festival. We are excited and thrilled to have been invited!

Aaron is participating in Jack Straw's celebration of the piano they (Jack Straw/KRAB Radio) dropped from a helicopter some decades ago. There the harp lay, many ranks of strings still intact. His score is for piano four straws, amplified by little contact microphones and tiny amplifiers. We blew in the straws, remembering the rush of winds as the soft plummeted home.
Posted by Keith Eisenbrey at 12:06 PM No comments: