"Here matter is not what matters, but instead 'mattering' as inter active processes that take place between a diversity of matters, human beings in interactions with other human beings, human beings interacting with other non-human beings, including inert things, producing a diversity of situations in sounds, words, gestures, dances, visual traces, acts, ... Each time the complex layering of active material elements that influence each other in conflicting multidimensional intercourses, gives rise to the emergence of a peculiar situation that can never be exactly repeated, due to different circumstances and agencies. And therefore mattering, even if a stable instituted disposition will be the guaranty that something of importance can emerge, has to do with ephemeral forms of experience, with work in progress without progress, in which matter is continuously revived, far removed from definitive immutable truths." Jean-Charles François "What Matters" Open Space Magazine Issue 21 spring 2018 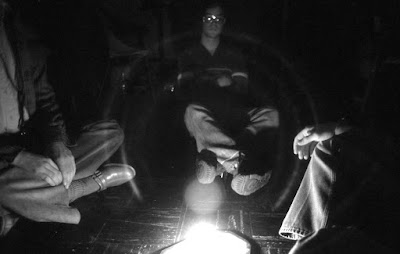 It was not my intention to be blogging about this piece on LB's birthday, it just worked out that way. I spent a certain amount of time with this back in the day, and it ends up, frankly, leaving a bad taste. What isn't cribbed from others undermines itself irremediably. And he keeps hammering the Author's Message home. Hammer Hammer Hammer. Then some more hammering. The rotting corpse of Big-Tune Romantic Triumphalism on obscene display. Every possible end point strung together end to end without purpose. It won't help. Larded with ear worms and sodden with gaudily lit up irony. Slightly higher brow Andrew Lloyd Weber. Ugh.

the tail end of something lame from 1981, left over at the end of a tape re-used to capture something else.

Bad Bernstein, lame bits, and now Billy Joel. I was not expecting anything remotely as fabulous as this is. BJ does a creditable RC impression both singing and playing - I don't think I could reliably pick out which was which without seeing it done. It's as though Ray were teaching Billy how to sing his own song. So far, hands down, this is my favorite cut on this album. 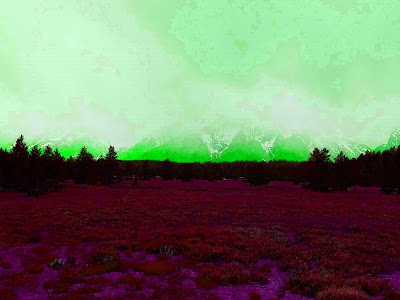 gently begun til bowing takes off and opens up though never not gentle
spring in a tube
inaverse to playing out loud shaking scraping backforth rhythms restless sleep
JJumpUp?
Ring the Bells! Ring the Bells! Jingle Bong HOI!
oh dear we woke the sprite
eruption of radio
Aaronsbundler shatters apart slipjointedly
someone pitched 104 pitches
back to gently restful with guitar and bells and strikes upon the imperturbable going
on tribes of drums ongoing
we return to spring in a tube

starts honestly, tuning up
just enough substance to allow music to be made of it, almost Couperinish, but less overtly sophisticated
bending toward neo-classical phrasing rather than wallowing in baroque interweaving
concerns balance bald - almost Randallian
by the book balance of phrase disturbed by inner disconsistences
or
we deafen ourselves to many things by applying, as the whole point, balance, rather than using it as only a frame of reference within a more twisted aesthetic
how many ways can the utterly stable be not at all stable not at all
within these balanced boxes metrical hefts shift in close pre-Copernicusian dance 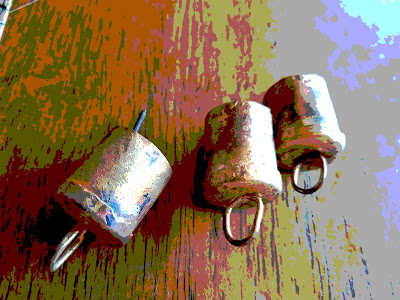 Neal couldn't come over for Gradus so I flailed away on the keyboard for awhile.
Posted by Keith Eisenbrey at 2:17 PM No comments:

"So an activist doesn't transcend time, it invents a new time, in each new now. If each present is an expression of its past - of its histories - then opening-onto-future, as a radical reinscription of the past, is exactly what marks the end of history. Music, for Sun Ra, takes on a heuristic value here. My role as a music scholar as well: there is a great deal of research on Sun Ra, from the perspectives of literary theory, cultural studies, post-colonial studies, and more, but little of it touches Sun Ra's music. Music theory and analysis, conversely, continue to privilege things like coherence and connection and what we might call 'hearing-as' as its disciplinary/disciplining projects. I'm interested in what can we learn specifically from Sun Ra's music; its materiality, its matter(ing) - or from the activist now of any improvised musical expression, or from the relations between musicking human subjects and post-or trans-human sonorous bodies - that can be of value beyond the hermetic world of music analysis. I'm interested, in short, in the ways that music theory - and the ways that it can imagine or reveal relationships between musicking human and sonorous bodies, relationships that, necessarily, transform those bodies through the very acts of relating - might matter."
Chris Stover "Sun Ra's Mystical Time" Open Space Magazine Issue 21 spring 2018 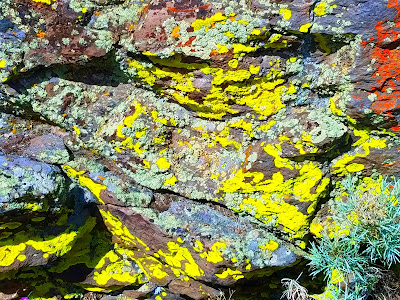 great recorded sound of tambourine for 1926 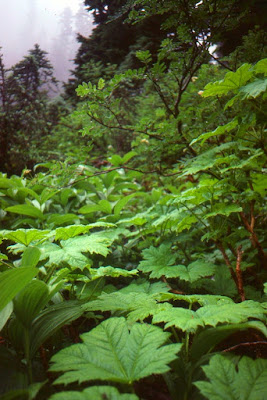 The Quiet One - The Who [from Face Dances]

a session of Sudden Songs: This Time of Night (Kosály-Meyer), Hey Hey Hey (Eisenbrey) - robust guitar tunin' pretty lick -  I Believe I'll Have Another Cup of Coffee Sir (Kosály-Meyer) - then playing with self narration of intention as subjunctive suggestions taunt - also the string's a might loose - mighty stirrin' sound though - This Here Tunin' Mechanism's All Busted (Eisenbrey), I Was Sittin' In The Car (Kosály-Meyer) - thoughts about strummy type rhythms and plucks 3 clear sounds steadying each other - Hollywood, here I come! - If I Were To Learn (Kosály-Meyer) - the reason BR never resolved in a rock & roll band or jazz band or ought other genre band that plays songs is because when we started to put together songs seriously, that is right away, we already had each one down in all its perfection of momenthood. There was nowhere further to go to resolve. Can't get better than perfect. Wild Thing (a cover of course), Amazing Grace to a Louie Louie beat (we had some discussion the other night about the difference between a cover and a performance - theory: one covers a recording, one performs a chart), Tell Me Lord (Eisenbrey), If You Find an Alligator In Your Bed Tonight (Kosály-Meyer), I Got Dust In My Nose (Meyer) - that is, Karen before we got hitched. This string's beginnin' to peel a bit here. 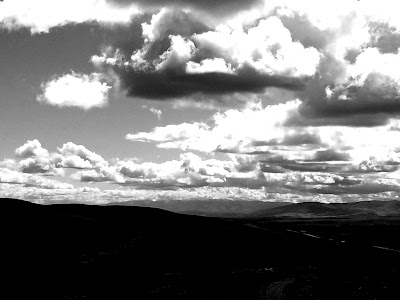 On a Plain - Nirvana [from Nevermind]

(intro and outro thingies are wrong) 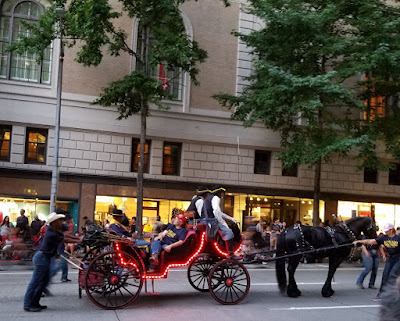 though the moment between statement and non is lively

but overnight I had second thoughts 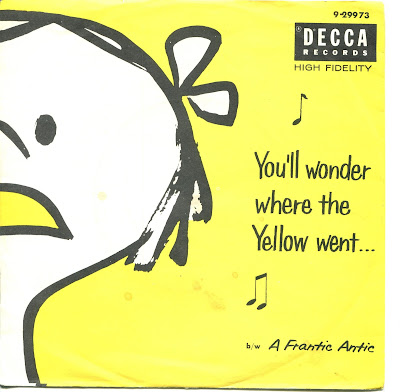 mustard in your chili pie
crazy man slang as many as can be got
like patter, man

a poly-layered list
everything in its order
a study or chamber version of Hymnen
directionality metaphorized into leftrightness
doesn't come across as all that subtle in the end
though: in '66 stereo  play was relatively a new face
tuple channels
the play of filters and presence is better
music for loudspeakers

Once again on the porch, features a new ukelele and an old autoharp
Posted by Keith Eisenbrey at 5:13 PM 1 comment:

I have been conscripted to battle
that much is clear

the clear co-association of each of us with the march, the us, the procession, was enough
we are us
we are the knights who process with bells

there was a call, a gathering, a procession, and an anthem
there was preaching and a rite
as though
the blood of prophets
grows up
through us
church arising
through cracks in the pavement

fall you will rise you must

--- Thank you John and Neil and your superb cohort! Joy is a pleasure and joy in music is a particular pleasure. 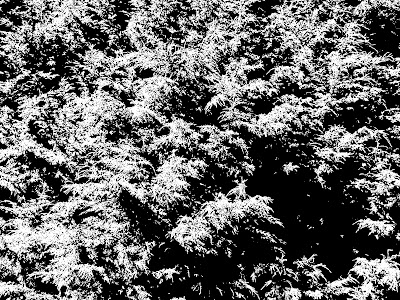 before band-ness became what it came to be
as: who and what did that
is: when the group was a group of singers first, accompanying themselves perhaps

Baby It's You - The Shirelles [from Shirelles Anthology]

The Journeyman's Grace - Fairport Convention [from Meet on the Ledge]

the word "I" has almost an "oh" sound to start: "oh-EE" rather than "ah-EE"
an accent that was near to that that returned in the heydays of Brit Punk
England land of diphthongs

one side of a conversation
telepathic feelers
you enjoy your dinner

Toad Hall and its intonation of doom and destiny 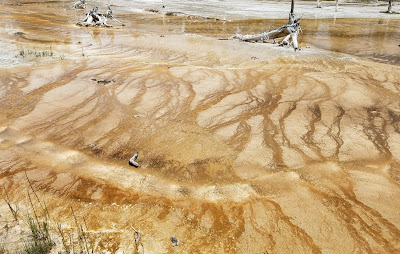 do not adjust, listen instead
you will have to listen to what this little bird says in order to construe oneself
boogah! boo-gah-loo!
a unique compositional challenge: engage with a protoverbal sentience
nailed it
(easier than with a verbal sentience, especially than with a neoverbal)
a seminar open table conference hearing congress convention
of rhythmic inflection
from inside the tape, any input from outside the tape serves to shrink, diminish, circumscribe
the challenge of any sound is to be more than its fact

urge mindless
certainly does not overstay

limn of sky and ocean
was not

what of it is the use of it as over above what is the other of it, the it of it

best get on up the trail

!fun fact: my laptop was used to play back the canned bits

70 minutes in a dynamic event with bird tweet or not 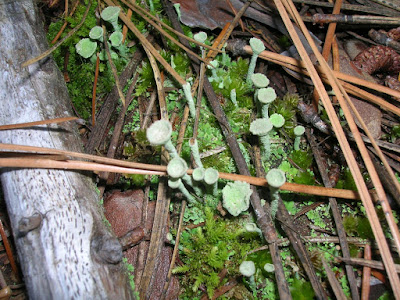 comedy show
from space!
each line a separate dream full formed
folk strum recitativo psalmtone focus
the finessed intervals between each end of line spokesung and guitar refrainingcommentary
as though this were simply sung for y'all to hear
!to Anna Livia!
is each
things enumerated here
focus: size of
riddle me this: range of
reading with specs :|| answer ||: rank of
!! Finn Mc Cool !!
sees of
another silent hiatus
after which the tune bends downward not this not that game show !!! ANSWER !!!
sub basement ward
FIVE
fragmentsed fastjumbleforwardthroughawesomeheap
MS SAM!??? almost
teachermaster filtertransformuliterates into dialogue reported
sequentiated logo layers
the linguas distracted
each from their each
quiver against each other in layerous words

Every piano composition performance should announce itself with equal forthright-ery and detail. 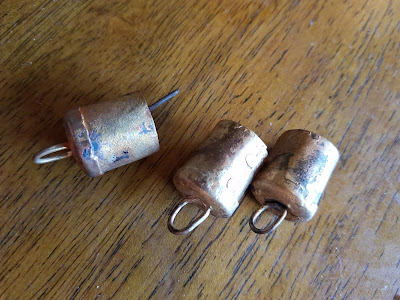 If this is melody
what is the exact nature of it? exact to the absolute? notes emerging into consciousness
after all these years it is easily as much about teaching me to hear piano music one note at a time
as Neal learning to play so
an interview question (hear below)
Do you, when moving from one rung to another during a single double 40 minute session,
think: this is a new thing entirely wipe the slate clean of rung before just preceding
or: now I'm just gonna move some notes around
or: something else entirely?
gap between what it says and what it is
transformation through filter of availability (as a compositional strategy)
downright narrative

I was so tickled to come up with an actual question that I asked it. Neal answers immediately.

I was in Oak Harbor, Washington, on Tuesday, with my brother Glen, who decided to give his car an automatic bath. I recorded it with a phone app.
Posted by Keith Eisenbrey at 2:32 PM No comments: 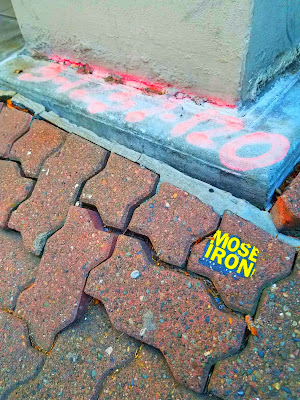 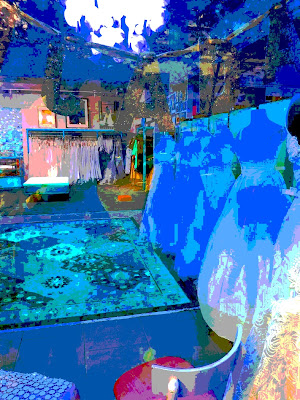 soundtrack for which visuals are superfluous
(panoplepticon)

power coloratenor
barely a song before it's gone

Don't Let Nobody Turn You 'Round - Silver Light Gospel Singers [from The Art of Field Recording, Vol. 1]

kind of a mess, drifts off in a Pink Floyd haze 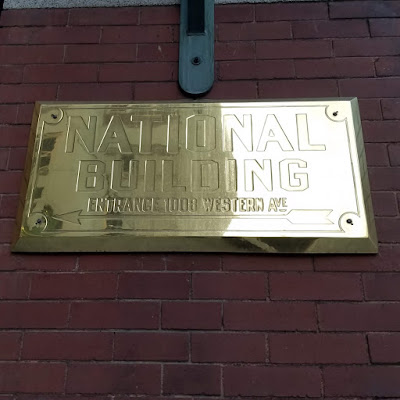 merge! yield!
recounts a story of the container of stuff they had brought with them from back home
Karen clears her throat
Keith recites in whale a sixty cent bus trip

time and a consideration of decision making
measuring regret and loss
Orpheus and Eurydice perhaps, in another guise

August 2, 2018
Once in a While - The Young Fresh Fellows [from Electric Bird Digest]

for those paying close attention, I blogged about this one just last May.
punctuated by insert beats and relax chorus a BRIDGE!!
Big Punkt
to guitar solo Haydnesque affect-thinking translated to song structure
finishes in punctuation mode

no song needs to be
or could be
more than this

as good as it gets