"In short, the composer who has presumed to speak reveals himself in the guise of a speaker who is compelled to compose, with words." Martin Brody "The Age of Milton" Open Space Magazine Special Issue 14 Spring 2012

Aku exists in several versions, none of them the pristine digital archival copy that might have existed had I had the know-with-all in 1981 to imagine such a thing. The best copy for which I had playback capability was the cassette copy made for me by the listening library folks at the University of Washington. It was this copy that I took with me to Annandale-on-Hudson in 1982 and played for Ben Boretz and my fellow students. Ben thought it could use some space around it so Bruce Huber loaned me the borry of a guitar amp and a second cassette deck, and a couple of hours, so we could play it into the chapel and record the results. By the time I ripped it to digital the recording had deteriorated somewhat, causing a certain amount of wobble.  A long story whose point is simply that Aku, as a personality, seems to actively seek out noise. Perhaps this is why we get along so well.

Exploration of the space-noise continuum. Parts of partials lag behind other parts of partials. Speeds of speaking. The speculative purpose of composition by design is, one hopes, to elicit, out of its designed complexity, unforeheard, undesigned wonders, such as these. Not for the faint of heart. Awesomely cruddy. Puts up a hell of a fight || flicker of light on water || durations hang past rational valuation.

Hey, Mr. Rain (version 1) - The Velvet Underground [from Another View]

Callling down the powers from above, a rain dance in song. Feature: a far more subtle tempo shift than in Heroin.


Candles burn in the barn fly attracted to flame becomes the wick stories in rhythm sipping around the edge of rhythm's gloss and falling in drunk being drunk. Radio: not atonement theology, but atonement pornography. The radical onslaught. Though even here a compositional tactic: wait till "A" has been forgot then spring "A" on you again and again, playing with the rhythm of forgetting and expectation. Richly sonorous affront on all fronts to professionalism's hegemony. It is important to cease thinking in marketable chunks, sound bites, convenient 12 packs.

Almost perfect! Cut the vocal before the last 5 words remind us what song we are hearing and you've got it. Fine Feature: Chorus has a shrill hook nearly unrecognizable as vocal in pedigree.

I tried something a bit different in mixing the telepaths together. Rather than plopping Aaron's contributions down in the middle somewhere I simply looped them over the top of our porch session. All Aaron all the time! I figured they came so far to be here they ought to be given several contexts.
Posted by Keith Eisenbrey at 3:29 PM No comments:

Sequences establish a rhythm of (usually) stepwise motion, allowing cross-rhythms of modulations and quasi-modulations - as though another music were going by in the background at a different tempo.

I love how the grandness of the denouement is fully established within what is really a quite thin texture. We hear it as grand because, in order to hear its logic, we imagine each note as sustaining at full volume - virtual grandiosity with virtual sustain.

Not sure this is really what's happening, but what I wanted to be happening is a sequence of variations occurring within single iterations of a larger theme and variations - both T and V constructed out of shorter Ts and Vs.

A tale: police harassment. "You know I been here before." Truth.

Trouble Why Pick On Me - Don Redman, Red Allen [from Alan Lowe's That Devilin' Tune]

Keeping it lively, everything is slap. Slap guitar slap vocal.

Nothing wrong with this performance (it's flawless) but it fails to convince me, it never lifts off.

The Passion according to just folks.

A Woman Alone With The Blues - Peggy Lee [from Black Coffee]

Sung as a single thought, a through-composed line. Tubular bells! 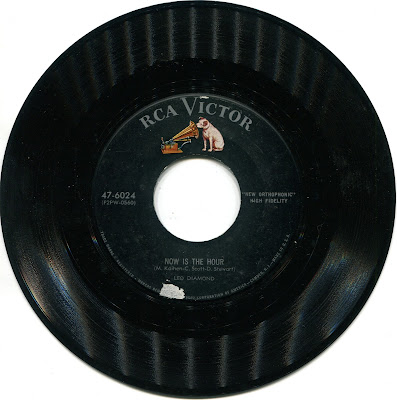 Now Is The Hour - Leo Diamond [a Rescued Record]

Rather bizarre, but it sounds like he was quite an interesting guy - trying to make the harmonica acceptable for the hi-fi crowd. The 45 that found me had suffered considerably, with much of the fi scuffed off the top.

Kind of a mean-spirited blues when it comes right down to it.

Everybody Loves Me Baby - Don McLean [from American Pie]

In spite of his apparent attempt at humorous self-laceration, this still comes across as narrow and airless.

Thick and taut, a line pulled past where it ought to break but that just won't.

In anticipation of a hoped-for pro-studio recording project I recorded three demo takes.
Posted by Keith Eisenbrey at 4:29 PM No comments: 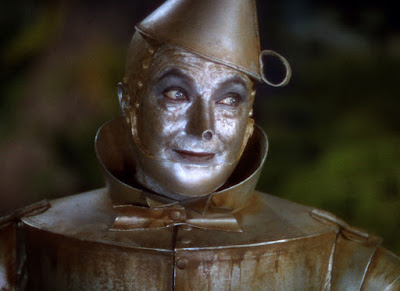 We were afraid that a late bus would make us late guests, but we made it just minutes before the start. After an opening Marxist shtick (Harpo, that is, in a broadly Buffo vein, [or Victor B, or Professor PS]) to sweep whatever dustcurdles of pretense might lurk in that storied space, Zach proceeded to inhabit each song utterly. Having rid the event of seriousness, the actual performances stood out in stunning relief. As wonderful as the performances were (and they were) it is this aspect of the evening I keep coming back to - a brilliant idea about how to allow each song to stand proud in its own glory, without drenching it first in concert seriousness.

Other thoughts: How wonderful to hear such a voice in an intimate space! His comrades in song were wonderful (though Karen thought his bombshell partner for the Foster was going to give me a heart attack - I survived, feeling no pain). What wonderful characterizations! And impeccable comic timing to boot. Another random image: during the Wolf, oddly, I kept picturing him as the Jack Haley Tin Woodsman - something about the pitch of the voice, and the shape of the face.

All that and there were random prizes (though no puppies) scattered liberally throughout. We ended up with three lovely little saké cups held together with masking tape. When we got home (thanks for the ride, Melissa and Adena!) I deftly crumpled the tape into a loose mass, presented it to Obb the cat for sniffing, let it fall to the floor, moved it twice with my finger. It kept the cats occupied all night.

Our third live show: Brechemin Auditorium, University of Washington, January 9, 1986. The first part consisted of pretty much what we had done at our second show in the same space the previous July, but rebranded now as Three Compositions No Breaks. The second part was a set of Sudden Songs:

We do DIY with a vengeance. After listening to it all over again after these many years all I could think to myself was "What were we thinking!?" And yet, how grand it is. In many ways I am in awe of our youthful recklessness.

A murky slime-infested dive five rooms back of the swamp. But in a really good way.


We discuss the failure of the engineer (me) to record the first part of the session. A mix of extreme delicacy and extreme blattiness. Depth of field.

Posted by Keith Eisenbrey at 2:45 PM No comments: 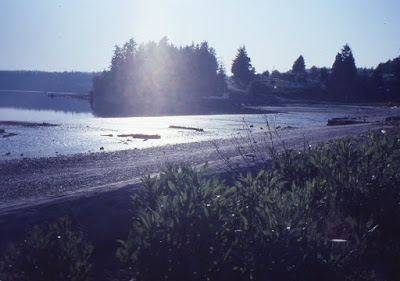 We're Almost Down To The Shore - Jimmie Strothers [from Goodbye Babylon]

tune your banjo
to the thrum of the head

tune your voice
to the beeline precision of the string

that is to say, if you want to sing in tune, this is the gold standard

what have we with which to speak?
music is our ticket to public consciousness

gives PL a run for her money as sexiest voice ever

It Ain't Necessarily So - Peggy Lee [from Black Coffee]

the words themselves wouldn't strike one immediately as torch song material, delivery is everything. 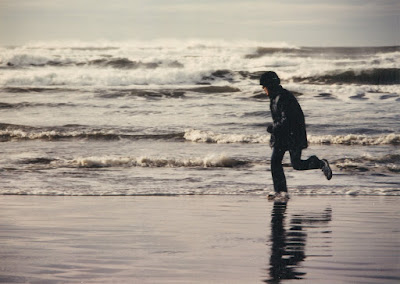 my fling with larger than life
certainly brash certainly complete

I'm Gonna Move Right In - The Velvet Underground [from Another View]

game for guitars jamming in turns

orchestral violin frenetic flute kalimba far away [are counterpoints a form of criticism?]

[mic'd a certain way, sul ponticello makes a pretty good imitation of old-time radio static :: what stations can we pick up on the sul pont?]

If anyone cares, this recording was made on a mid 70's Sanyo cassette tape player (still works). The mics were two Realistik PZMs taped to the wall (they still work too) no school like the old school

I'm Not Waiting - Sleater-Kinney [from Call The Doctor]

barnacles and shore birds crab hiphopbeatbox on the radio waves :: we find our way out of Kammersymphonieland :: that is a gull or several

coy little pitch bends
playing the part, in a stage drama, of music
a diversely situated spirit
a gnarly timefeel

between waiting for possibilities to evaporate and leaving space for others to attack, caught in a strobeflash frozen into time

love how the tempo discovers itself established

a platformer in more dimensions than are strictly possible

to be sub-titled 'the overtly contrapuntal'

cautionary tale
voice from the grave
news clip op ed
how fare the outlaw
in this outland?

preaching as a collaborative endeavor whipping up to singing

more o' that fine tonguing together

ladies and gentlemen, we now give you dynamic deep focus

vibe and bass solos are killer

self promotion and novelty song all at once, and a seed for Bill & Ted

another one that would have been better off without the strings & other claptrap, but not much better

Sheep - Pink Floyd [from a collection of great dance songs]

lots of room for light show and Rick on the keys. (Karen liked the picture of Gilmour so much I thought I'd give her some more eye candy.)

hillside contours
that one is off like an alien space saucer into disappearance
the waited silence resonance of the holy
last scent of sunset before evening reeks into night
Posted by Keith Eisenbrey at 2:08 PM No comments: