Recorded
September 24, 2014
Central Park In The Dark - Ives - New York Philharmonic, Leonard Bernstein
Such tunes as there are appear like ghastly voices, disembodied, unaffecting their surrounds.
Daphnis et Chloe - Ravel - Orchestre de Paris, Jean Martinon
Even the shadows are resplendent and glow. Violence is vanquished by balance, mathematics, proportion. Harmony is defused. Drama relies on accelerating crescendi and textural pullbacks.
September 25, 2014
The Planets - Holst - New York Philharmonic, Leonard Bernstein
An attempt to understand horror by placing it within a system, a character within a pantheon, one among the several aspects of the Man.
Frankie and Johnny - Al Bernard
An arch performance of a quintessential American song - simultaneously rooted in particulars and expansively mythic.
Lyric Suite - Berg - Galimir String Quartet
Here the 12-tone method is a means of control over a hyper-varied landscape. The method is a focus, but it isn't the object of focus.
In Session at the Tintinabulary
September 21, 2014
Holmes Harbor 140921 - Keith Eisenbrey
Recorded at dawn September 21, 2014, at the south end of Holmes Harbor, on Whidbey Island. Some traffic in the distance, but also gulls, ducks, and the quiet tickery noise a damp barnacly beach makes at dawn.
September 22, 2014
Second Burroughs 140922 - Keith Eisenbrey
Between the wind noise that even a wool sock wrapped around the Zoom couldn't keep out is the sound of water gushing out from under the Fryingpan Glacier several miles away.
First Burroughs Trail 140922 - Keith Eisenbrey
Likewise, but the somewhat louder sound of the White River deep in the gulf below.
Gradus 252 - Neal Kosály-Meyer
Of prime compositional concern is the nature of change that the fact of being subsequent inflicts upon the present.
Posted by Keith Eisenbrey at 3:24 PM No comments:

Recorded
September 14, 2014
Variations on a Schumann Theme op. 23 - Brahms - Sharon Gunderson, Jo Ann Smith
Appropriate for polite company - only enough Sturm und Drang to peg its time period.
Quartet in E minor op. 30 - Tchaikovsky - Copenhagen String Quartet
The episodes allow their own existence to mature before allowing movement away. Nested doors open to new episodes. Concert Music Form at the height of ossification.
September 17, 2014
Graduale 'Locus iste'  - Bruckner - Chor des Bayerischen Rundfunks, Eugen Jochum
Of the vertical extension of soul and its fleshly contingency.
Carnival - Dvorak - Czech Philharmonic Orchestra, Vaclav Neumann
By the book - for use at the beginning of a generic symphony concert.
5 Preludes op. 15 - Scriabin - Michael Ponti
Ornamented impassioned immobility.
September 18, 2014
Suite #2 - Rachmaninoff - John Ogdon, Brenda Lucas
A bit of a yawn despite some valiant playing.
In Session at the Tintinabulary
September 14, 2014
Crestline 140914 - Keith Eisenbrey
Continuing my improvisation project, and folding the second half of the session over the first. The Crestline is a tenor banjo that found its way to me about 25 years ago.
September 15, 2014
Banned Rehearsal 869 - Pete Comley, Karen Eisenbrey, Keith Eisenbrey, Anna K, Steve Kennedy, Aaron Keyt, Neal Meyer
The whole gang came over to wish Aaron a happy journey. Pete brought a box of toys.
Posted by Keith Eisenbrey at 9:49 AM 1 comment: 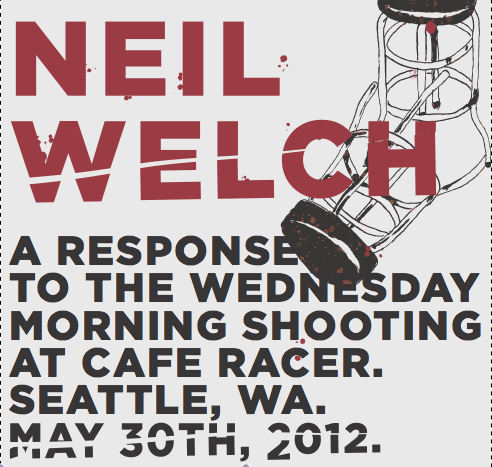 Chapel Performance Space, Good Shepherd Center, Seattle
One of the cognitive snags for which we might blame written-down music is the stubborn idea that notes are atomic and irreducible. Tunes, figures, chords, and prolongations are all built from individual notes - as Fux intended. Midi, for all its twisted usefulness, wallows in this error. For at least the last 150 years musicians have made various attempts to challenge, or at least critique, this (see my notes on Liszt that follow), and Neil's compositional and performance stance is firmly in that tradition. His strategy is to discover or allow or tease notes or figures, or hybrid scraps or specters of what might have once been notes or figures, out of dynamic resonance systems broadcast through a tenor sax into the audiosphere by confluences of breath, mouth-shape, embouchure, tonguing, and finger-key wiggles. In short, the erstwhile atoms emerge as sparks from a flaming body, epiphenomena to the main show.
The evening was dominated by Neil's devastating performance of his recent A Response to the Wednesday Morning Shooting at Café Racer. Heart-felt does not even begin to describe. Also on the program, John Teske and Ivan Arteaga, on upright bass and alto sax respectively, explored the apparently vast and teeming territory just prior to pianissimo.

September 7, 2014
Sonata in G op. 78 - Schubert - Vladimir Ashkenazy
VA makes a great case for a first movement tempo so slow it barely moves and for taking the repeat. The sheer expanse lifts us out of flesh.  The moments of wrath require adequate space for their resonance to breathe in or they would be petty, hurried, merely hemi-demi-semi-divine.
Waltz in A minor Op. 34 #2 - Chopin - Peter Katin
the memory of a hope of a dance
Symphony in B-flat "Spring" - Schumann - Orchestre Révolutionnaire et Romantique, John Elliot Gardiner
Between the opening fanfare call of horns and trumpets on forte D-naturals, unrevealed as yet as the key's median - though hinted in measure 2's B-flat, C, D! - and the response in full triadic orchestral glory, spanning 4 octaves plus, there is no apparent harmonic movement. But a terrible and intoxicating energy is unleashed that drives unrestrained to the end. Has there been an orchestral work this exhilarating since?

September 9, 2014
Études d'exécution transcendante - Liszt - Claudio Arrau
The self wrestles with the atom, each singular audible blasted and split. Atlas bursting his globe.

September 10, 2014
Die Walküre Act 1 - Wagner - Orchestra and Chorus of La Scala, Furtwangler
I was following along with the score this time, attending the rate at which the printed key-signatures change. The first two scenes hang out stolidly near D minor and C minor respectively, and not surprisingly there is,  toward the end, a rapid acceleration as the tonality wobbles and spins before it finally collides into G Major.
In Session at the Tintinabulary
September 7, 2014
Coronet 140907 - Keith Eisenbrey
The current version of my improvisation project is to record a session on some instrument or other every week and then fold it, which is to say I layer the second half over the first half. This week's session was on an electric bass of unknown make. A recent repair replaced the face-plate with part of an old vinyl record. Coronet is the label.
September 8, 2014
Gradus 251 - Neal Meyer
September 13, 2014
J - Keith Eisenbrey
Although I'm on a sabbatical from composition, I had an idea yesterday that needed working out. While listening last night to Neil Welch's performance in response the Café Racer shootings I started thinking about the late J. K. Randall and writing this piece.
Posted by Keith Eisenbrey at 9:57 AM No comments:

Live
September 4, 2014
Canals of Venice
The Spencer Glenn Band
Your Mother Should Know
Rendezvous - Seattle
The orchestration of Canals of Venice is gelling nicely. They were shy their trumpet player, which is a shame, but the gluey duo string harmony of viola and cello is an effective foil to Rob and Emily's duo of vocal timbres. That and all the parts, or each separately, can operate as adjuncts to the deliciously subtle drums. Both Rob and Emily have strong stage presences and are blessed with complementary levels of garrulousness. In short, a tremendously interesting and musically ambitious band that is fun to hear and re-hear.
The Spencer Glenn Band checks in as among the most exquisitely balanced ensembles I've heard in awhile. Spencer has a lovely light tenor that floats easily into falsetto, a bit (but just a bit) as though Simon could lift into Garfunkle and ease back. The arrangements are delicate and tight, free of showboating, everybody playing the song, rather than their axe.
Playing last, late on a Thursday night, the crowd had thinned out considerably by the time Neal & Karen took the stage. The set has been stripped down to just the rockers and moved along at a lively clip. Those who had to leave missed a honey.
And I would like to give kudos to Zach, the stage-manager and sound-person. He took great care that everybody sounded good, and did a fine job of both being clearly in charge and making everyone feel welcome. If the ghost that haunts the venue would like to return the two kick-drum feet that dropped into the void (one on the way in, one on the way out) Karen would be most appreciative.
September 5, 2014
Seattle Composers Salon
Angelique Poteat
Jessika Kenney
Jim Knapp
Paul Gillespie
From Subterranea - Poteat
where we start is our stability and our return
where we go is tied to where we start
we return tied - elastic
Didn't catch the name - Kenney
whisper presence among voice
rooted :: up- or re- ??
circuit ritual a canon unwinding into
presence whisper air
Two Tunes  - Jim Knapp
The strength (and weakness) of jazz is one and the same with the strength (and weakness) of Bach: It is a language for solving problems posed, and it is always possible to find a way out from within itself, but the out it finds is illusory, a trick of mind, since it is still itself. I didn't catch the pianist's name, but he was fabulous.
Woodwind Trio - Gillespie
If this were a short story the words would be small, the sentences brisk, and the plot cabalistic.
Recorded
September 2, 2014
O tenebroso giorno - Gesualdo - Consort of Musicke, Anthony Rooley
Each line, or set of lines, is set in an increasing complexity of imitative overlay, elision, and interfolding. Thoughts thicken, turn, and feed upon themselves. It ends because things end, but there is no resolution.
Konzert in G BWV 1048 - J.S. Bach - Festival Strings Lucerne, Rudolf Baumgartner
Pericope and Sermon. All derives from one, over and again. The universe it floriated, not cross-associated, not integrated.
Sonata in A Wq. 48 #6 - C.P.E. Bach - Bob von Asperen
Larded with discursive footnotes and comments. Worldly, scholarly, glossed and cross-bred.
September 3, 2014
Quartet in B-flat Op. 1 #1, Haydn - Tatrai Quartet
Solid. No nonsense here.
Symphony in D K111a(120) - Mozart - Academy of Ancient Music, Christopher Hogwood, Jaap Schroder
Complete in its knowledge of what an orchestra is for, but doesn't have a clue as to what it might be capable of.
Sonata in C-sharp minor Op. 27 #2 - Beethoven - Gieseking
Just how little resonance can one get away with? Studied hesitation to clarify the melody, restrained throughout - except for a moment or three in the last movement when the earth shakes.
Symphony in D (String Symphony #2) - Mendelssohn - English Bach Festival Orchestra, William Boughton
In Session at the Tintinabulary
September 1, 2014
Zuckermann 140901 - Keith Eisenbrey
An improvisation on clavichord.
Gradus 250 - Neal Kosály-Meyer
A session cut short by a family emergency, happily it all ended well.
Posted by Keith Eisenbrey at 5:31 PM No comments: