No stunner, but pleasant enough in the music department. The ensemble writing is superb throughout and of course the performers are excellent. I even rather enjoyed the set design, with its Pythonesque puppetry.  But somewhere behind in my head I can't help but loose a nagging thought. Not to make more of it than I felt while listening, but I wonder how long SO, and grand opera in general, can successfully persist in pretending that these spiffed up antique entertainments have much to say to us if no effort is made to consider, critically, the repressively stratified social structure that forms their substrate. What exactly is funny here? An entitled priapic jerk attempting to rape the triply imprisoned chattel of a fellow tyrant? Can we accept this horror as having only existed in the quaint world of opera plots, never in our actual historical world, and as having no obvious extension into our own times?

Karen says she wasn't sure she knew how to plan a book launch party, but that she does know how to plan a show - so that's what she did. The readings and songs were interspersed "like Lessons and Carols". The songs went well, helped by David Campbell's expert help with the sound gear. The readings got laughs in the right places, and gasps when events got dire. My job was to sit back and let Karen shine, which she did and then some. I could not help but feel an odd mix of paternal and fraternal prides.

Audio of the show is available on Karen's website, and the book, published by Pankhearst Collective, is available from Amazon. At the end of the book is a discount code for the St. Rage EP on Bandcamp.

The 2nd movement, as it pares itself down to exactly and only what tells, becomes too intense to hold. The 3rd ends in a series of ever fancier juggles in quick succession. The cadence says "Take. A. Bow." Or maybe "Hire. Me. Please."

The music spreads itself out over ample fields, wide room for spinning, or to stop and drift about. Try a trill here. Or here. Or there. In the 2nd movement we ever so slowly enter into the piano's sound. The stern orchestra doesn't get softer, it simply fades from consciousness as we enter this other realm. Day comes again. The ample day.

It drops to the bottom, where it lingers. Imagine a polyphony on a single pitch.
Posted by Keith Eisenbrey at 4:53 PM No comments:

In the 30s the 'Western Outlaws' and 'gangsters' were sanctified by partitions of us as quasi Robin Hoods, stealing from the rich and giving to the poor - a rose-colored-glasses simplification at best - and so I wonder what cred exactly Bruce is aiming at here.

A brooding sense of isolation, distance. What strange idealism pulled, or what silent horror drove, the civilized from civilization, only to carry it along?

Among other aspects, the Gradus project is a study in levels of attenuation. Here it skims the surface of continuity and coherence, exploring chaos with a probe, a poke of fingers. What if coherence were a choice rather than a desperate gambit?

The vinyl pressing I had of this recording was never good - murky and noisy, I honestly wasn't looking forward to listening. But apparently I had inadvertently sabotaged it while ripping to digital. Instead of recording the output of the turntable, I was recording via the laptop microphone. What was murky before was murky cubed, and in the background was Karen and me chatting in the kitchen, banging cupboard doors. I'm a pretty rough and tough listener, but this was, alas, a waste, not even fun in a new music found sound sort of way. So I found the recording online, and was happy to discover that the performance is actually better than I had feared.

It keeps doing that Buster Keaton shtick of finding itself suddenly in new surrounds, but with equally dizzying changes in the protagonist. Was he trying to out-do CPE Bach at his own game? 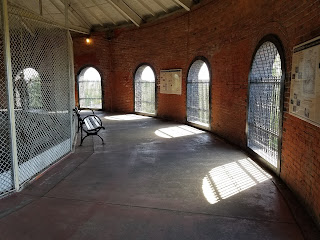 
Karen and I got to the park early for Steve's guerrilla music session, so we hoisted ourselves up the stairs to the top of the water tower. While we were enjoying the view and the space we were surprised and delighted to be suddenly serenaded by four young women singing Bulgarian and Croatian folk(?) songs arranged in parts. By their second number I had my recorder out and captured this mini flash performance. Hoorah Seattle! - If any of the performers happen upon this, please let me know who you are so I can give you proper credit.

SES had invited all interested to come to Volunteer Park to improvise and to perform Tree Stone, a piece that involves clicking rocks together and shaking tree branches, but mostly listening to the park on a beautiful Seattle summer afternoon and estimating in one's head how long a minute might be. Eventually there will be a link to the sound on my soundcloud site, but upload speed has been a problem lately.

Again - eventually a link will appear on soundcloud. Stay tuned.
Posted by Keith Eisenbrey at 11:29 AM No comments:

"Blake proposed seeing not with the eyes but through the eyes -- not, that is, with the limits of the natural organ as habitual frame but through an open channel. Same with ears, the open channel, passing through "the doors of perception." This stance is listening through sound to the core, as if the actual sound were a leak from another dimension asking to be tracked back to an original, which, however, never shows itself." George Quasha - "Hearing Speare Hearing Through Sounds Themselves", The Open Space Magazine Issue 10 Fall 2008

How it moves from its empty foreboding chunk chunk opening harmony into summer weather, as simply as remembering what's for dinner that night.

The opening musics reenter after the virtual record-flip break through a fissure made sneakily by the pattery snare drum, which leads the finish, thereby tying together an otherwise episodic amble.

Prokofiev lives in the troubled harmonies that occupy the middles of his phrases. Squarely in the Berliozian Romantic tradition, the music both amplifies and inhabits the dramatic scene.

Pretty sure it is just drums, piano, and clarinet, but the clarinet uses what are nearly multiphonics, with an assist from nicely particular registrations of the piano's chords, to impersonate backing horns.

Let's move this along boys, we have a lot of notes to fit into three minutes.

Just under the radar, CB's voice relaxes into a smoky smooth bluesy basso at the ends of phrases.

In a way the Beatles did this track a loving disservice by referencing it so often. It's tricky to hear for itself.

A pretty great song weakened by the author's message lyrics.

One Of These Days - Pink Floyd [from Meddle] 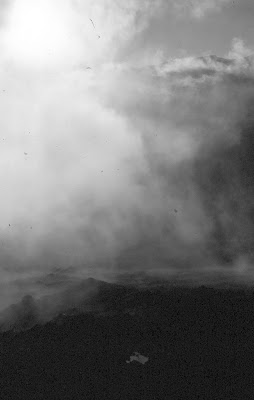 Clouds of strings circle and envelop, or call forth and let evaporate, the unsustainable potent violence of the dead, ascending in glowing ash.

The Boy In The Bubble - Paul Simon [from Graceland]

Turns around on itself so many times you would almost think it wasn't meant to be not a lullaby.

In Bloom - Nirvana [from Nevermind]

A canvas of solid colors, not primary, in dynamically proportional blocks and stripes. Strong and messy verticals.


We gather our tools, weigh them in hand, cross-calibrate, coalesce into: e-guitar, tenor sax, bass line (on the mighty W), drums, t-bone, various percussionals. Pressure is applied from angles low in the mix :: slowly squeezing violin and cornet out of guitar and sax, a residue of drone coats the wreckage. A late hurrah.


This is a midi generated realization of a flute trio I wrote in 2001 for Sarah Bassingthwaighte, who took it to some little town in Russia with a bunch of flute students. It was apparently performed as a flute nonette, though the only record I have of it is the program with my name transliterated into their alphabet. I looked around for a scan of it, but was unable to find it. Alas, my sound files are quite well organized and indexed, but the image files are not. More to do.

Upon regathering on the logs Neil preached saxophone from a hidden green pulpit, skyrocket staccato tones shimmering in the canopy. An ensemble piece followed, searching out the ravine's expanse and texture. From the distance a wandering company's A Midsummer Night's Dream approached. "Lysander!" As we were done and heading home the waAMND had taken station in the clearing by the creek to which we also had been drawn.

Another bit of Seattle magic. Thank you! 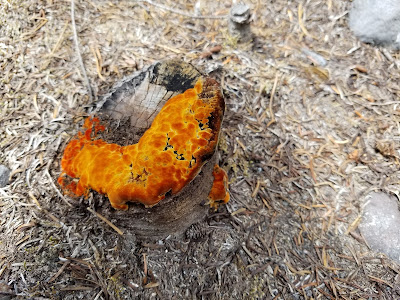 In short, my preference is the Maureen Forrester John Newmark recording. 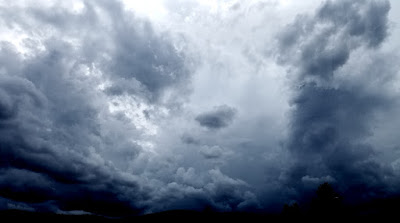 The Latin Chaotic. The sound quality in this 1911 recording has severed some of the more obvious clues to the unanimity of their ensemble. It takes work to discover just how together they were.

Lots of vibrato and slippery pitches, high on the neck.

August 1, 2016
Banned Rehearsal 915 160801 - Jenny Chung, Karen Eisenbrey, Keith Eisenbrey, Steve Kennedy, Aaron Keyt, Neal Kosály-Meyer
We gathered on the porch, though it wasn't hot, to mix our sounds with those of the taco truck around the corner being subjected to attempted engine repair.

August 6, 2016
Second Thoughts Omnibus 160806 - Keith Eisenbrey
A year and several months ago I ended my self-imposed (and only partly observed) sabbatical from composition. I have gotten to a point in the project where I have sounds to share. This midi-generated sound file is all the parts packed in their box, shrink wrapped, ready to be torn open and re-assembled. The score in this form is for 12 pianos.