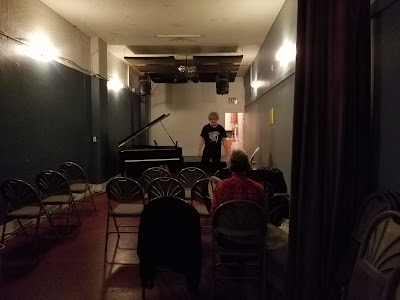 Concerned with distinctions: common and elite. How close to the surface the common is, how sophisticated is the ornament. All dressed up for court. 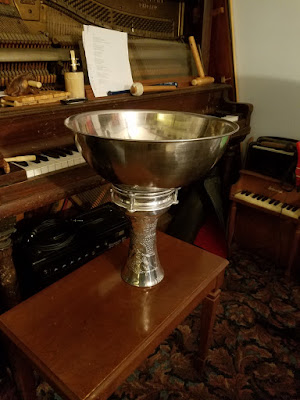 Bach designs his material so that it does what he wants it to do. The Inversus almost pulls off the Satie trick of having no difference from the Rectus that makes any difference, it is clearly the same piece in every particular that matters. Heaven and earth, up and down, near to each other past touching.

Solo impersonations, complete with shticks-aplenty. It can so easily be heard as exactly a blackface act, and they know it, but it is their shoe in the door.

Musical journalism, he even tries to stay on topic, but he has a knack for wandering off before you realize where he has led you. 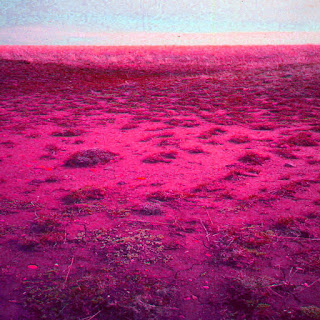 Fugal, but rolling in heaves and billows, smoothly in billows and heaves. No non sequiturs here. Edges are beveled soft as a lakeside morning. Hints of Wagner and Ravel, Tunes murmur among the voices, veering toward Hollywood grandiosity.

Ripped from an LP, from back in the day when you could press just a few for memory's sake.

On the fine line between sincere and creepy, in the end it's so blatantly pornographic I am amazed it was allowed on the radio.

Her entire body goes into the foundation of her sound. A cackle to start. She near-rhymes 'poor', 'tired', and 'Lord'. 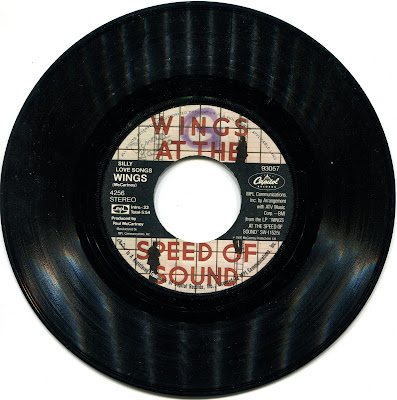 The happy version of the opening from Pink Floyd's Money.

A dial twiddling virtuouso
undulating a bit like ol' heaves and billows himself.
See above.

We may have started to see Banned Rehearsal 100 in the lights by then.

Gets that world weary sneery ugly that PIL aimed at but missed.

While at work, Karen recorded several minutes of hammering from across the street.

Shortly after we were married (31 years ago this month) Karen made a piece of brilliance, a picture book titled "The Boospook Story". She reads it here,  with preambleous conversation among Isaac, Karen, and Keith Eisenbrey.

Posted by Keith Eisenbrey at 3:41 PM No comments:

Another go at my 2001 piece Work Architecture Unity And The, with a pre or proto verbal lecture, a 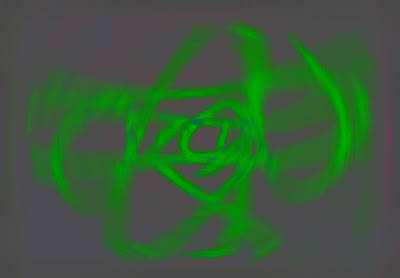 language fountain in the months immediately prior to lexical formation, with illustrations. As the composer of the score I can't not hear this as a performance of the piece, but I do love how gently it fades from being that into not being that at all.

Number, count, three is big
but four notes five or six
come up (depending on how you parse)
how many ways there are to count (let me . . .
) to group ratio and number

proximity in time in adjacency in dynamic et al 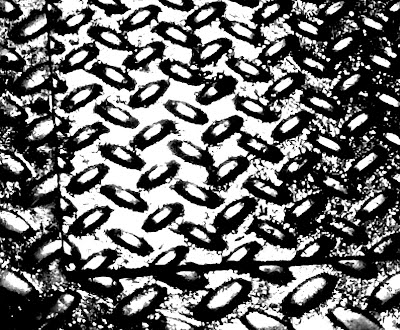 Theoretically, if not practically, it is possible to play each of all the combinations of keys on the keyboard. The quantity is finite, if hyper-dauntingly large. What can't be done is to play any one note in all possible ways. This is what allows Gradus to be an experiment in building an idea of composition, as a practice, from near scratch.
Posted by Keith Eisenbrey at 4:01 PM No comments:

toy boats bobbing in the bay 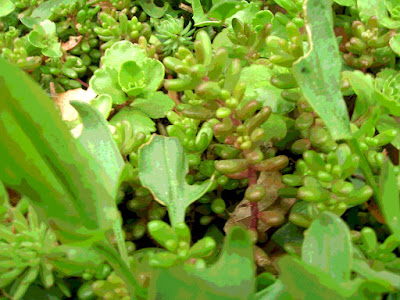 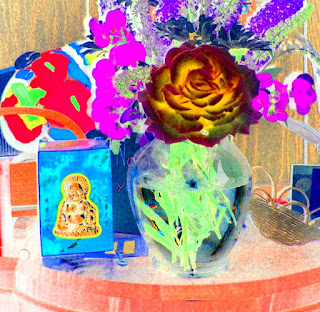 wanders into the casing 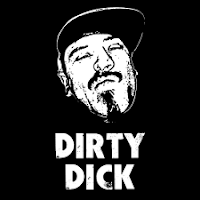 Finely tuned adjustments over the phrase, section, and movement breaks. Far more category shifts than simple butt joints would intimate. Early sense of variations, or changes: the theme is not a structure but a thread within possibilities.

The fugue is an analytical tool for composers, it is used to pry tunes apart. Surgeon: "Stretto! Inversion! Diminution! Sponge! Suction!"

Lovely glow in his voice as it tails off at phrase ends. Pretty mean trumpet player too.

Living in the light of the morning. One of his better poems.

A ploy or a plea?
from a genre of personal fictions.

This features my mom's long-time accompanist and friend, Joanne Deacon, and a fine solo by soprano Kathleen Richards.

A rhythmic schema
arising from a lively bed
begets variations

Love Ain't For Keeping - The Who [from Who's Next]

This is quite a fine little song, whose impact is diminished by the commercial necessity of bloating it out to stadium size.

Garbage rock in the sense that it doesn't take much technique to make it happen (compare with the fancy guitar playing of the Ventures, for instance). Nearly indestructible, Iggy makes a go at it.

One among many distinguishing characteristics of European repertoire music: a complexity in the
way it proceeds through a phrase. Everything can be broken into parts. How do you break yours?

You Tell Me All These Things - Screaming Trees [from Clairvoyance]

No padded seat on this old bike, just tractor metal cold in the morning.

(A connection here: Steve Fisk, who produced this record, is a friend of Neal's (my brother in-law) from his days at Central Washington University, before I knew him. Small world of local music.)

one mass of frog sound shifted toward the right
one soloist closer, to the left
dog is in the distance or several dogs or distances 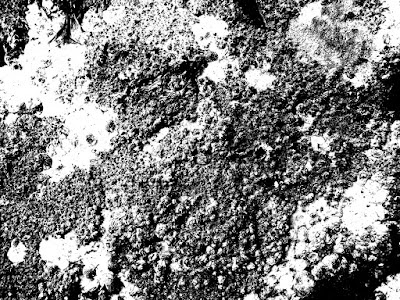 (I recorded this from an upstairs window at my folks house near Coupeville, WA, the morning of April 15, 1991.) 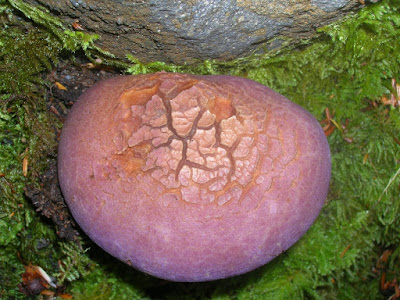 whatever this is
it is seriously pissed

off again to wander ferocious


We were in a bit of noisy mood I think.

We did the basics on the 11th, and filled in some extras on the 12th. 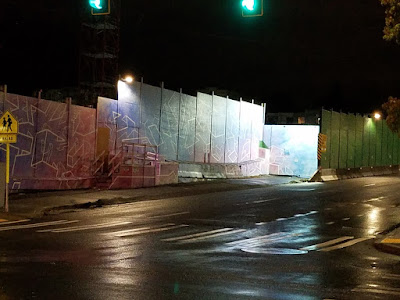 Posted by Keith Eisenbrey at 1:58 PM No comments:

Manipulation of resources in deliberate sequence (the activity). The angle of head on neck is crucial and exact. "My approach to improvisation is as a unique moment in time." (I think that's what he said and I spent a certain amount of time working my head around what that might be meaning). There was a moment where I imagined the surface of a moment's sound had suddenly been frozen into a prolonged static noise. It could have been any of them, but it was this one. 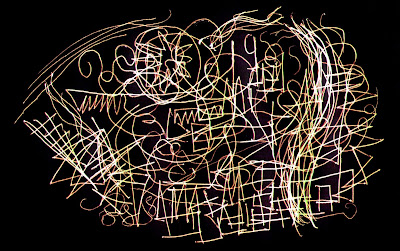 pulsing as breathing in sleep
animate glow within embers

vignettes of topographies
small framed windows looking out to vast

worldscapes
move on to the trashfire

growlbigbeasts and shriekbeasts
the congress these sounds make is not proper

talk amongst themselves predicated on
their individual identities as such

the categories have been blown
up and emptied

October 1, 2017
The Galliarde for the Victorie - William Byrd - Elizabeth Farr

Leaning forward in its chair, excited to show the next irrespresible delight.

It is only a fistful of practices (riffs, guides, frames) but it is enough to tell near any tale. 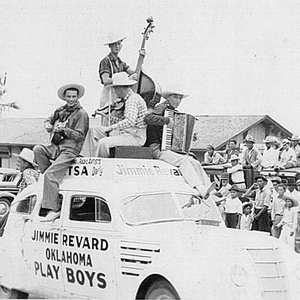 Surely this went on and on, or would have, had it not been necessary to fit it on a record.

Roll On Columbia - Woody Guthrie [from The Columbia River Collection]

Sickening how anymore the verses celebrating Indian killing are elided, repressed, denied, forgotten. It's so easy just to leave them out.

He descends down his tessitura with style, stopping at each station, making eye contact, again and again.

The heart of the rhythm depends utterly on being able to hear his breaths. Good lesson for singing.

The midi realization forwards the plainness of the material, flat footed, uninflected neo-classical tune bits. The rhythmic gambits seem pasted on, clumsy images of unexpected or exciting texture tokens. It isn't until well into it that we discover that each just so wrongly bent move, each he can't really have meant that adjustment of the tilt, has left us hanging well out over thin air, wingless, far into the unknown, paddleless.

From my mom's tape. I remember as a small child (I was two, then, but many times, also, afterward) being sent to bed while some of the singers listened to the concert tapes in the living room. The laughter and talk of women, and voices and singing and recorded sound.

Were the drums recorded in a stairwell, the rest in a gym? Crazy.

Me and Bobby McGee - Janis Joplin [from Pearl]

Road song, names and places, evoking Guthrie, Ginsberg, Whitman. A song the story of which is the singing of songs.
And so it goes. 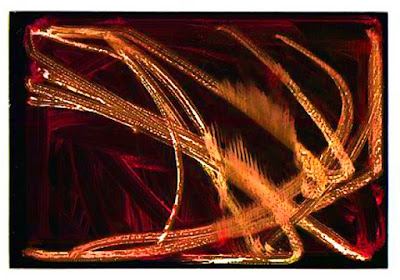 And what after all did they pay for, the chance to throw eggs?

The drums surround the scraps of overheard disjointed story. A dangerous place, to the narrator, but the group that  jumped and intimidated were quite clearly acting out of fear as well.

Glass panpipe pipery shivery breath inflected pitch. I am blowing bottles in a room. hootch hoot bottle pond pondering empty bottles. Lucieric exploration of a space made both by the room and the recording equipment, heavy on the latter, and less fussy about ideal presentation. Not fussy at all, in fact.

Beerband mock-ironic feelgood anthem. It may be where I am but I wouldn't have it any other way.

October 5, 2017
Banned Rehearsal 429 - Keith Eisenbrey, Anna K, Aaron Keyt, Neal Kosály-Meyer [July 1996]
Karen suggests, upon being informed that she wasn't credited in this one, that this may have been the privately legendary session on a beastly hot day (she being great with child at the time so choosing not to enter the oven) after which I flopped myself down into the plastic wading pool. AHH!

Forward and transparent, that is to say, loud but clear, each sound seems placed into the mix with considered intent. The violated boundary between loudspeakered and unloudspeakered. ((Time's distance allows the opportunity of hearing without self-consciousness. At the time of making one is so focused on one's own part that the whole of the sound is obscured.)) That must be Aaron's synth back there in ear-purge mode. Long loud acoustic notes shift the filling of space by the electric standing sounds. Cassette tape was our effects pedal.

Specifyable intent activity, morphing, alters the parameters. Starting over without rounding off. Simply stop. Pause. Start over. Doesn't clear the palate, it positions memory as perspective. Not a music for ribbons and bows.
Posted by Keith Eisenbrey at 3:40 PM No comments: