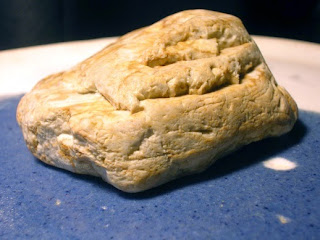 How might one converse with a non-human other on its own terms? Straight mimicry is unilateral and generally unsatisfying - as Benjamin Boretz put it once, "imitation is the sincerest form of contempt." In general, the other does not converse one-to-one. It converses one to all or one-from-within-the-all to all. The idea then, as David has spent his career exploring, is not to learn the other's language (if there is such a thing) but to discover the structure of the sonic environment with which the other interacts in its life as itself, to manipulate the sonic tokens of that environment, and to move the other to interact with that new environment - in short, to invent an other imprinted with us, with which to address that other other as a part of the all. To that end, and in the hope that this end will be a means to a more whole understanding, computers, hyper-chaotic systems of oscillators, ultra-sonic microphones, and a host of other tools are brought to play.

The fruits of the field are ripe with wonder. 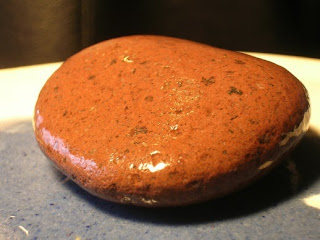 Aaron, then in Berkeley, sent each of us one-third of a letter, split every-other-other word. Not to be out-done, we read it out loud, but in perverse sequence.

Vocal productions in a pianissimo realm - singing in secret. 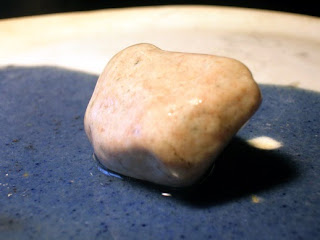 I was both fighting with and really getting into the cruddiness of the sound quality of the tapes I was making as much as I was simply recording a song. The anti-competence stance of this series was soaking down into the production process. Results varied. I have linked them to my soundcloud site for your enjoyment.

A double-sided tape, the first of which consists of our writing and reading three letters to Aaron, switching papers every word. The second side is filled with sudden songs: I Wish I Were In Pakistan, Carolina, Such a Suspicious Thing To Do, It Hurts, The Serpents from the Mountains, You Make the Spaghetti (I'll Make the Sauce), What About String.

Posted by Keith Eisenbrey at 4:52 PM No comments:

The back taunt of aggressively sexualized youth. As rude as what's coming at them.

Five years later with a richer vocal palette. The short-burst poetics are now part of the instrumental arrangements as well (I loved #1 Must Have). In the early eighties I was amused once when an artist, with a straight face, said that a painting was an example of 'second-generation post-painterly abstractionism', as though that could possibly be a meaningful epithet. 'Painterly', I was told, refers to painters who let the drips show. The edges of these arrangements let the drips show.

A multi-media collage work. The sound is framed by Benjamin Boretz's ("...my chart shines high where the blue milks upset...") in Michael Fowler's recording, into which is set an exploration of Dorota Czerner's poem Poppies, read by the poet and assembled (I think) by Ben. The visuals are emphatically limited in their elements - extreme close-ups of candle-lit lips, nose, eyes, and candles; - and in their color scheme - dim orange, dim green, and black, punctuated two or three times by the glow of candle flame directly. The conjunctions of image and sound proceed with method and grace. The video image is remarkably palpable, swarming and throbbing, pulsed with blood.

Steve's well-balanced mashup of two sound files. My half is one of the working tracks of Zither Film, short bursts of sound arranged in a temporally refracted decay that stretches over the entire 7 minutes. Steve's half is an improvisation with gongs and tam tams, repetitions of decays. They talk together.

The most important music is your own - the music you invent and the music you make. The next most important music is that of your local peer community - the music your friends and colleagues make in the place you are. Everything else - including those musics which have so permeated the larger culture as to be inescapable, including those musics which have so permeated you as to be inextricable from your ear, including especially those musics which have been granted pantheonic status by the larger culture so that all the musics we make and share are held to their eternal standard - all these musics are of a distantly secondary importance. I am interested, as I wander now in my mid-adulthood into the realms of the local rock and roll scene, my 'music-in-law' so to speak, that the denizens of this community seem to be, by and large, more comfortable with this fact than, say, the classical music community is, and even (though to a somewhat less egregious extent) than the new music community is. It is refreshing to find a music that isn't performing for an invisible posterity, that is playing for us, here, now.

What music can allow itself to be when there is no audience beyond the participants. Militantly not public, but finely drawn with limited elements.

Aaron's last session with us before heading off to Berkeley.

The first Sudden Song session. We take turns inventing a song on the spot and we all accompany.

Continuing with my own summer of 1985 private song-writing workshop. At the time I was chafing with those traditional aspects of musical creativity that can, too often, get in the way of more robust invention. Among these are the hallmarks of professionalism: intonation, steady beat, a nice tone - all the things that must be done in order to make it clear that we know what we are doing. Gatekeeping chores. And so the songs I was making (and which you can listen to should you like) are not simply unprofessional, out-of-tune, and incompetent, but are, rather, anti-professional, anti-in-tune (I like 'liberated intonation'), and anti-competence. I have since deepened my stance on this, but these songs are an index point for me, and I still think they hold their own.

Several years later I used these tracks to learn how to work with a multi-track application. The results are the Winter Mix versions which I will also put on my soundcloud site.

From the beginning we are set adrift without bound, illumined from within. the music billows with currents energized from nowhere, pouring from moment to moment and from scene to scene and from act to act and from evening to evening in river-like motions: rushing gliding slipping bending, pooling in lake and cranny, crashing through canyon and plunge  -  mighty and delicate, stagnant and torrent, in turns and at once. From the cartoon of Das Rheingold, painted in broad brush and bright colors, through the collapsing scaffold of Die Walküre and the dragon permeated forests of Siegfried, the leitmotifs and fragments of leitmotifs accumulate inflections and ramified associations to where, by the time we get to Gotterdammerung (sorry - I'm having a devil of a time getting umlauts to show up), where the musical fabric is stretched sheer and hollow, just a few notes sung in mid-dialogue can reverberate back across the entire cycle. Every most intimate tonal hint is a dialogue with the whole.

Aaron and I started this session as a sectional, just the two of us watching slides and commenting. Neal was in the neighborhood canvassing for the Democrats and decided he was close enough to canvass me, so a knock on the door produced our third member. In order to get everybody involved he called Anna and she made her audio appearance over the phone.
Posted by Keith Eisenbrey at 3:34 PM No comments:

Focus or float? Either is active.

July of 1985 was a busy time for me. Not only did I participate in nine separate improvisation sessions (including a live show) and build the Banned Day, but I also started a solo project called Summer Songs. Inspired both by Aaron Keyt's Bickleton Burger and by some work I had done in Barrytown with Jill Borner and Dan Sedia, the idea was to explore the compositional idea of self accompanied song. I would pick an instrument, sit down in front of microphones, and improvise a song. Hidden Damage was my first foray. I like how both the text and melody build themselves gradually, and how the accompaniment is both clearly periodic and vehemently fluid in tempo. The instrument used is a little 8-string kora known affectionately as the 'bug guitar'. In 2003, as a way of teaching myself how to use the sound editing capabilities of a new computer, I remixed all the summer songs. You can listen to both versions on my soundcloud site: Original - Winter Mix.