When it comes right down to it, I've probably spent more time trying to make something of TMF than Mozart did. And after all that it isn't much more than a very pretty picture book - sex education in a patriarchy.

What a wonderful evening for people watching downstairs at Barboza! Karen and I, after a lovely dinner at the Tin Table, (up a venerable flight of steps on the second floor of the Odd Fellow Building, one of the few unmistakably grown-up places to be at that end of the hill) staked a place to sit beyond the bar from the stage. We could see both stage and crowd, the scene at the bar, and through two round windows the faces of the newly arriving coming down the stairs. Fine cinema in the play of the small groups of friends mixing. All the young people so beautiful, so awkward. I got to thinking about how Seattleites dress up to go anywhere. For a punk show on the hill you've got to look just right, but that just right also has to look like you just grabbed something out of a drawer.

The bands acquitted themselves well: BC nailed the tempo shifts from song to song (have they heard the Seeger String Quartet?); DB is ever a joy, bubbling with good feeling; B was a like a history lesson, in a really good way - the influences were there, shades of sounds from all over, integrated with great care; R, I want to say sounded like the 80's, but like the actual lived-in 80's, not the "the-80's-are-in-again" 80's.  One of those nights when the party on the stage and in the room are one.

Structure bit: how the little rave-up in front of the last chorus sets up the long rave-up-from-below that ends it.

Money - Pink Floyd [from a collection of great dance songs]

A little something for all those guitar aficionados out there, Gilmour laying it out real pretty.

The next day we were performing at Brechemin, and this was the rehearsal for the 2nd part of the show, consisting of 'sudden songs'. That particular project was at an awkward stage, since they weren't part of the regular sessions anymore and we felt that we were performing something from the past instead of something we were doing then. The last 20 minutes or so of the tape are taken up by some collective soul-searching, which is most of the reason I'm not posting this one on soundcloud.

Holding a 40 foot long drowsy dragon puppet aloft. Its parts are not solidly connected to each other, so pushing the whole anywhere is cumbersome. Intricate negotiations until it gels and a long winding down.

Water dripping in a dark cavern. Silence as discipline, as the act of listening without acting, expounding non-speaking.

Panic! Every strange detail could be an attack.

The slower second fugue makes explicit what we always guessed was going on inside the whole time.

This is intense. One could imagine the late Beethoven quartets as an attempt to do something even half as fine. An insider's music, convulsive, grabs body-mind and wrests it aloud.

The implicit top-down hierarchy of concert music gets a (deserved) bum rap for its stratification of labor (conductor is in charge, players do what they're told / master and slave). But this more demotic music developed its own hierarchy of function. Rhythm supports melody, everybody knows their place.

Arrangement as an assertion of control, chaotic forces kept on a leash. Hard high hat cut off.

Posted by Keith Eisenbrey at 5:44 PM No comments:

timbre
mix at
certain edge
of the set of overtones

it turns everything
into a microtonal
landscape

a particular
way with the
sensibility of
how things wander
off

May 14, 2017
We're Gonna Have A Real Good Time Together - The Velvet Underground [from Another View]

What we want to hear from the cool: "Join the party!"

Jump right in. magnetic tape echo spiral residue reconfigurable membrane morphing drum we can
hear our bodies moving by their occlusion of sound. Hangs in there for a good long time not being music. Try different settings! Fluid transit intention. Now we're plucking and plunking.

My Stuff - Sleater-Kinney [from Call The Doctor] 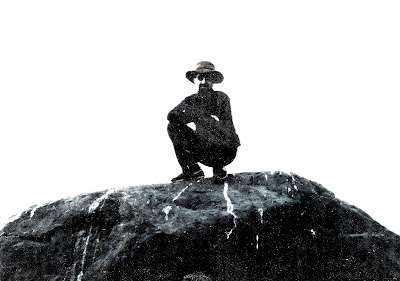 The third take from the Jack Straw recording session of May 2005. The reverb, strangely, confines the music, envelopes it, gives it skin and face.

In what social context is this appropriate? War? Riot? Steam Letting? The danger of raw emotional evacuation is that the steaming turd has a social effect, and it accumulates.

A recording we made at home in January of last year. What gives the composer in me pleasure is how the accompaniment spotlights the voice, following it closely, like an aura, a glow.

each atom spaced so as to reveal aspects of itself that would otherhow not make impact :: these atoms are all and each clearly about the thing they are all and each saying, spoken clearly :: the sense in which they are a plural of bagatelles is that those animals, those bagatelles, must be all in the sequence, lumpily interspersed, grazing.

Long tones are short-term drones. A florid fugue plays the surface of a sedate fugue.

Kept safely deep within this very model of a repertoire string quartet (all to be admired and copied): worries, hesitations, concerns. The finale, party crashing, wandered in from some minor key quartet.

Scraps of bits, unaware they are part of any sort of design. Commentary and disagreement. Full of sudden shifts, shortcut modulations, make do with where we have gotten to [in order] to get where we must go. Nothing else quite enflames the soundbox like scribble-bowing, glowing hot.

Fat precision. Like a sloppy drunk clearing a pool table to the last spinning ball. No sophistication, but deep for sure.

Crying Holy Unto The Lord - The Blue Chips [from Goodbye Babylon]

Digging through the rhythm of language into the substrate of melody - it breaks off just before ignition.

Over The Rainbow - Boyd Raeburn [from Alan Lowe's That Devilin' Tune]

Runs through more presets than a casio. Every possible arrangement of the tune in quick succession.

Same deal as above, but all by his lonesome. (Chopin!)

My Heart Belongs To Daddy - Peggy Lee [from Black Coffee]

The image of: independence from the beat, as though just talking, except that it never wavers from being exactly where it needs to be. She may be hiding behind the male point of view's desire for what they want the female point of view to be, but she does it while openly dripping the fatal drops into your drink.

One Of Us Must Know - Bob Dylan [from Blonde on Blonde]

Quasi-similar motion (pitch-class nearness by shortest route) as countermotion. Take that, MF!
Posted by Keith Eisenbrey at 3:49 PM No comments:

May 9, 2017
The Stampede - Fletcher Henderson [from Smithsonian Collection of Classic Jazz]

Drawing attention to our internal presumptions of imminent profanity by the oh so clever near misses. An old trick, still works.

Among many, another low point in public discourse about sexual orientation: deriding the other as an obscenity.

When Was Jesus Born? - Heavenly Gospel Singers [from Goodbye Babylon]

Rehearsed so as to sound invented on the spot, but is caught going round and round until it doesn't.

The Happening - Paul Gonsalvez [from Alan Lowe's That Devilin' Tune]

Nothing fancy in the arrangement, just solo over accompaniment.

Wish fulfillment for the 50's man.

I kept thinking how melodious this was, though made of sharp edged sweepings.

Visions of Johanna - Bob Dylan [from Blonde on Blonde]

As in Paul Gonsalvez above, nothing really but poetvoice solo above an accompaniment. Our focus is not to waver.

Not a horrible song, but would benefit greatly by stripping off the strings and stuff, dialing back the reverb.

This plays a kind of strip tease with itself, shedding song parts along the way until it's nothing more than its own hook.


In 2004 I made this midi version of my 1981 synclavier piece. There are a couple three glitches in the sound - alas, I no longer have that midi box to try and fix it. This version preserves the pitch and time schemes, instrument differentiation, and, at times, the curiously uneven way the sound hangs in the room - move your head ever so slightly and the sound shifts dramatically. Something about standing waves, I presume. It loses some of the subtle envelope and overtone differentials that were in the original (though they didn't really come across all that well anyhow). And I suppose the moment in the original where the sci-fi tanks blast through the church walls is (unfortunately) rather more elegant and nuanced here. The balance is not optimal, but it does gain some sparseness and clarity.

Its internal sense of what it becomes as it goes along is cumulative, like the Sibelius of Tapiola, but a better way to put it is that, it isn't entirely unlike that. It is this aspect of it that I, as its composer, find most gratifying.

Rumor has been floated that Aaron will send some sound from Anchorage, so the full version of Banned Rehearsal 934 will have to wait. Our local sound is here for all it's worth. 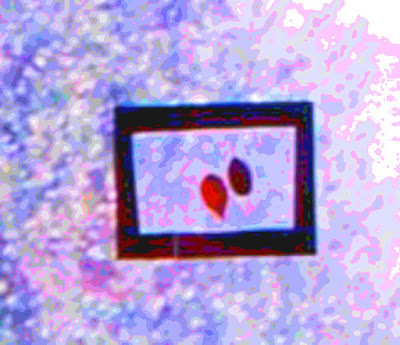 Posted by Keith Eisenbrey at 2:17 PM No comments:

"So when I ask myself a question about thinking about music it devolves naturally into questions about the relationship between understanding and experiencing: not questions, for me, of either/or, but of hierarchy, of the direction of implication, and, to put it crassly, the most basic questions of personal goals and values. Are the ontologies of understanding-structures intercompatible with the ontologies of experiencing-episodes? Are they contingent upon one another, mutually, or in either direction? In another register, I may ask: is aesthetic perception distinct from extra-aesthetic perception, that is, from what I might call analytic perception?" Benjamin Boretz "fourth and long in Baltimore" Open Space Magazine Issue 12/13 fall 2010/winter 2011 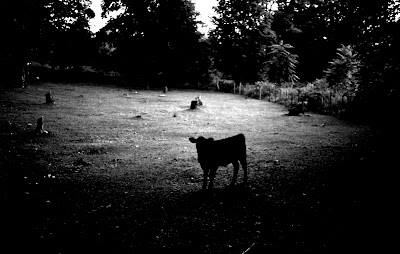 They partly construct and partly conjure a wall-less but circumambulatable space. Oh so many crannies, meadows, brooks, and glens to explore!

Patrick tells that this piece is about distractions from a stroll. Personally I think that's backwards. For me this was about scattershot distractions surprising themselves in discovering that it is a strolly sort of thing they are doing.

A tender memory of a ragtime intimacy.

(On piano the energy of playing notes is vertical to the string - at an arced near-right angle.The face of the sound comes to us reflected off the lid, we hear it as though in a mirror. But here the energy of playing notes is horizontal to the string - across them at a near-horizontal. The sound comes to us directly from the soundboard. We hear its face directly.)

(a short segment of a long space)

We are addressed as colleagues and familiars.

This recording was ripped from 1970's vinyl. (The past and its thwipdips.)

the camera pans up to fade

the memory of a quartet

the past is the price paid for this moment

it earns its odd threads

by sacrificing so many other paths 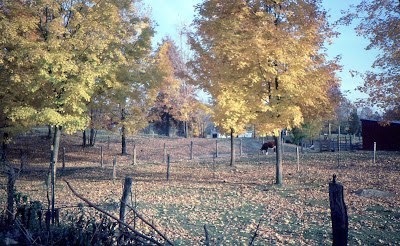 Posted by Keith Eisenbrey at 5:01 PM No comments: