a well tuned selection of four different ways to be impressionist: 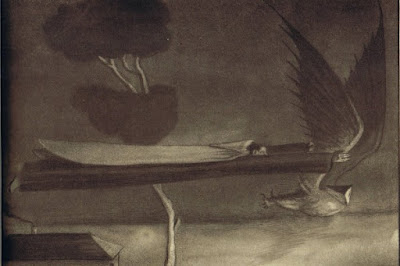 same basic idea, but with stage sets and costumes

very tiny things disappearing into a whole (I'd like to hear this again, it went by so quickly)

Peter's playing is clear and strong. His compositional voice is sophisticated and wide ranging. I look forward eagerly to hearing much more.

This is not program music, some quaint picture of times of yore. This is deep teaching - the Great-Great-Grandfather of Die Kunst der Fuge.

Picture of Health - Chet Baker and Art Pepper [from Playboys]

My Foolish Heart - Bill Evans Trio [from Waltz for Debby] 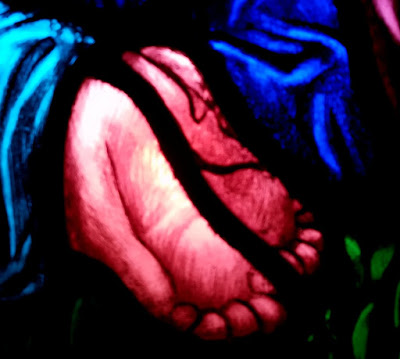 Walt Wagner, known in Seattle for his long-standing gig at Canlis, is the older brother of a fellow pupil of mine in the studio of my childhood piano teacher, Victor Smiley. I sat next to Walt to hear Horowitz when he came to Seattle in 1976 or thereabouts.

I love how, after the first few very quick numbers, the first slow manages to be really quite small and tight, but still sound vast. Somewhere between moving from cassette tape to CD to hard drive I wound up with an extra index slot for this, so it has come up recently twice now, sandwiching my live performance of it this last February - a month ago today, in fact.

mariachi of the northlands
echo of calliope in the breeze

once again at Toad Hall 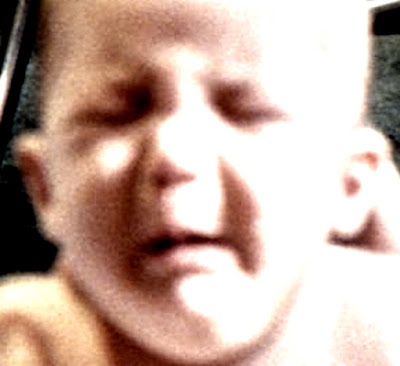 I finally got this put together. Aaron had to return closer to civilization in order to get ping enough to transfer the sound file made at Chignik Lake School.
Posted by Keith Eisenbrey at 4:12 PM No comments:

newness, as in what we would expect to be an entrance of a new idea, comes across here as opening a door in order to hear what has been going along already, but from a different room, reverberated against other walls

What is this activity we do, as experienced by some who beforehand have only a verbal description
of it, and who, then, are asked to experience it, first, by joining into it, and thus creating uniquely what they experience as the experience of the activity, that what that we do? It is a test. Everybody supplies their own hurdles. 10 minutes in more or less a groove is achieved.
a valid entry to a larger scope for the question of what sound sounds like 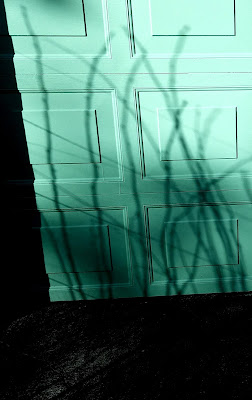 Wallace, do we hear thee?

as Neal said, we don't know what we are doing, but (as I add) we are listening very carefully as we do it

In the old days the session was over when the cassette tape ran out. In a concession to getting to bed eventually, and especially now that the recording device we use could keep recording for hours and hours, we give ourselves 30 minutes or so, at which point I move toward the device and wait for a spot to push "stop." Once the participants realize that is what is going on, a game ensues. Each sound made is both dare and question. Do you think we're done (punk)? now? now? now? how about - no wait - how about now? or . . . ? If I am patient (which I occasionally am) it can lead to a lengthy improvised-out fade as everybody get smaller and smaller, and smaller and yet smaller.

For my third pass, in anticipation of a more formal review, I listened to each the tracks one at a time. It's surprising how much difference simply standing up and opening each file separately can make. Oddly, as a whole it seemed shorter, or rather, it was over more quickly than I expected.
1. Arrival of the Bee Box - specific pitch focus is present but not crucial, or not so crucial as touch or breath. tripartite. answered by drumguitar power pounds giant boot stomps Godzilla shrieks stomping giddy giant ewi, airborn, drifts off seeps into undergrounds
2. Lady Lazarus - fancy echo/reverb effect grappling the sound lovingly if not quite gently. interlude.
3. Cut - settling into a groove but just off center, keeping its distance. dropped into the droid factory
4. Lady Lazarus Part II - signals rhythm radio dial short wave chatter insects and bones tiny lizards dismantling machinery hulk radio signals from the underworld as Cocteau's Eurydice into which pours saturate flesh
5. Black Sweet Blood Mouthfuls - reverie massive dance strenuates to ascend falls back weightful impressive craters deep traces a long moody dragon passed by here
6. The Atrocity of Sunsets - drumrattle solo begins, ewi poking at the flesh it cracks open the beast's wings are spread to dry
7. Wintering In the Dark - in a room alone imagining the demimonde as imagination bitters and dries
8. Elm - working down a terraced grade, finger mirror child's play itsy bitsy spider twisting down ponderous grace whales or stone kites overgrown in dense woody talons


a noisy bird at sunrise, and traffic

So far, just rumored to exist. fingers crossed. Intended for what will eventually be Banned Rehearsal 954.

Our local go at it

And a supplement from parts in the far away  northwest

March 15, 2018
Bass Tracks for Fish Distributor and Ruined It - Your Mother Should Know - Neal Kosály-Meyer, bass
Posted by Keith Eisenbrey at 1:48 PM No comments:

"The mind can't help trying to say something true. Nothing wrong with that, unless it believes in what it says. We become fundamentalists of our own constructions. Perhaps poetry is what saves us from ourselves, from our continuous surrender to the siren of our own voice claiming to tell the truth. The will of the poem to continue, to keep coming back, to leave behind the already said -- a rescue mission from a part of the mind that knows better. But this too is uncertain."
George Quasha "Uncertainties" Open Space Magazine issue 17/18 spring 2015/fall 2015 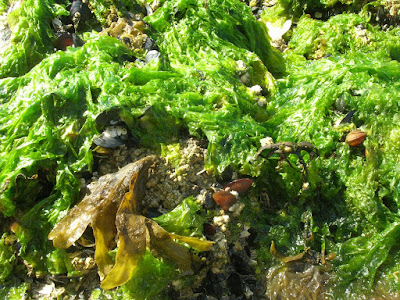 full to the brim of proceeding or of not proceeding
what of what we have heard can we discover in what we are hearing now?

2nd part opens with entrances
the expanse of it isn't necessary for the bare presentation of the combinations
it is though for the enduring of it, the exploring of it, the surviving of it

I spent two evenings recording a bunch of tracks for YMSK.
Posted by Keith Eisenbrey at 1:11 PM No comments: 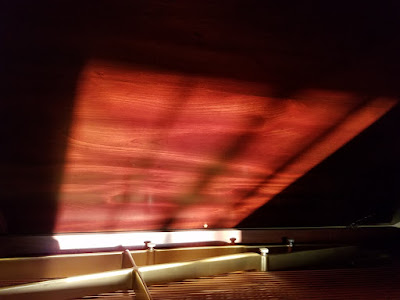 For the most part I think I kept this all pretty well together, with the exception, alas, of Ben's Partita, whose contrapuntal parkour leaps got the better of me several times. Miss one rooftop and b'bye. I think I forgot to breathe here and and there.

Professional correctness (these cats know how it's done) in the service of time-line structured sound lists. Post-Experimental Minimalism? I do try to keep an open mind, but, as well played as it was, and it was, I wondered why the sounds were kept so severely in chains. For me, time is not the immutable slate upon which music is writ, the screen upon which it is projected, it is the clay that music shapes, the body with which music dances. I really love how well these folks were playing (damn they're good!) and I honor their fierce engagement (laser eyed), but I felt like I wanted to unlock their cages. Fly free, little bird! 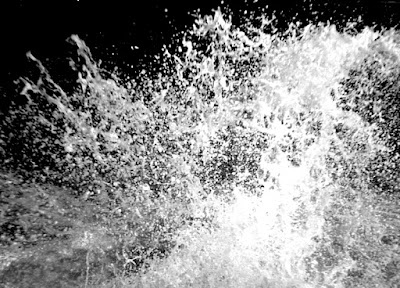 Sarah used an attractive game-spinner score as a lens through which her trio (Stacey Mastrian, Mark Hilliard Wilson, and the composer) concentrated their awareness on the sound of how their sounds were sounding, so as to evoke, in their corporate intent, the sounds of water in several of its forms. For me their intent, and the score's conceit, was drowned by their own intense awareness of the sounds they were hearing themselves make. The ear wins!

"What would happen if" - always a good place to start. My people! Steve putters around with sound files, piling different performances of the same piece on top of each other. The results were full of wafting billows floating free, canons at the willy nilly.

Paradox proceeds as a packed series of tightly wadded cylinders. Dense both top bottom and side side. No space for anything but clarity.

Alas, I was not so enamored of the piano pieces. Brooke is just starting out, and all of us, to a certain extent, begin by imitating models. I know I did. I would only suggest that imitating anything in the standard repertoire, and in particular this overpopulated swath of it, should be ventured with great circumspection. It has acquired an odor. It infests everything. There are so many odd-ball chambers of keyboard music to explore! Rope up! Fresh batteries in the headlamps! Spelunk!

He says he's just dinking around with files he found on his computer, but in doing so Doug has created a video/audio piece that starts where Tati left off and creates a dizzyingly surreal conceptual space between ear-world and eye-world. "I stopped just short of melting clocks." DIY for the win. 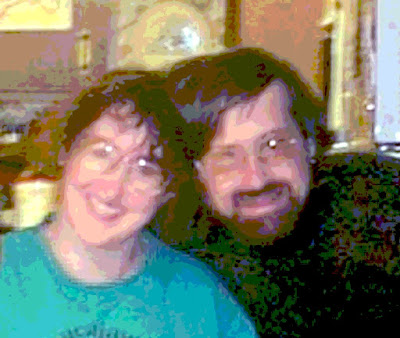 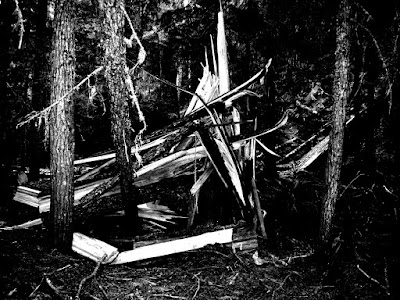 just what are your suggesting, you cad?

the boys are having a good time back there

The Weather Forecast - The Master Singers

sodden with syllables and vowels

Hot On The Heels of Love - Throbbing Gristle [from Greatest Hits]

feedback systems can deprive or corrupt the agency of others, limiting choice
sizes of sounds and sizes of places in which to cram them
a blunt object music
heavy lifting
the everpresent heaterhum
hollow inside
spinning disks like a DJ
the sort of session we allowed ourselves
to allow ourselves to be stuck
to inhabit crud
electroshock dis-therapeutic
some membranes are exceeding tough

the interval pattern, at the open, the Brahms of the E minor symphony in mind
moving to the Pink Floyd of Corporal Clegg
not because of that, necessarily, but rather a sophisticated tune in fact 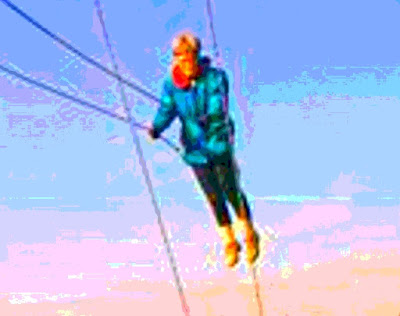 Among the earliest digital recordings of BR. It wasn't long after this that we acquired our own DAT and left cassette tapes behind us. Now that I think about, our next live show after this (Banned Rehearsal 440) was recorded digitally, and featured a bank of cassette tape players with mixed outputs from our past coming from speakers that were literally behind us.

ghost voices on the etherwaves
what is a single time?
chimney magnificent
heady brew of backing noise
hindsight to history
not that any path, including ours, was inevitible
but that this was the path we happened to take to get where we got to
prepping for the last live gig of the century

St. Paul Island, Alaska, is not near anything much except the chilly expanse of the Bering Sea and vast herds of king crabs. Aaron sent some wind.

We were not near the Bering Sea.

Posted by Keith Eisenbrey at 4:56 PM No comments: