Cristina's performance presence ought, to my mind, to be a model for other pianists (and for more than a few violinists)
not shirking in concentration nor elegance one bit
but never bringing attention to itself, as itself, as a distraction, from the real magic that's going on
and magic it is too
say it again
heaven

Satie and Couperin, soul bros in so many ways
and both French!
imagine that

Lachenmann showed up in repertoire culture after I had pretty much given up keeping up with developments abroad
in the sense that, at least in these pieces, he is being a pianists' composer rather than a composer's composer, he reminds me of the late Greg Short

Boulez in these early pieces trying on coats, not quite the one that fits yet

Bartók this barnburner was written the year my Dad was born

Part of the reason I gave up keeping up with developments abroad was the overwhelming experience that was my discovery in 1978 or so, and exploration ever since then, though certainly less so now, of the music of Stockhausen. In a way, after that, I didn't need another or very much more music from abroad. And IX was certainly among the pieces that stuck. The overt severing of the realms, the note playing realm from the resonance billowing realm, cracked a door open in my own work, a door that was already pretty loose on its hinges, truth be told. It is fascinating, now, 40 years on, to hear that wild ass music that riveted me in my seat in the UW School of Music's lower-level listening library, trotted out into the clear air in Meany Hall, right there in public as an ever so venerable hunk of repertoire. I would be more disturbed if Cristina hadn't made it so clear that what it truly is is a poem of bone and blood, awesome magic

And now if you'll allow me an amused aside
about a week ago Cristina had, as a sort of mock-desperate joke, asked if anyone would be willing to write the program notes for her and by the way they are due tomorrow. My not entirely unserious response was to ask if she had ever considered not having program notes at all. imagine then my delight when I sit down to listen and there are no program notes! My dream came true! I must be in heaven! 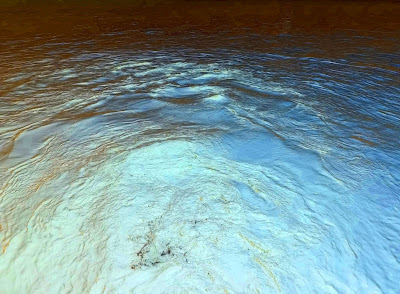 composing to show he can
he overdid it
conception beyond any possible previous experience
see, I can write idiomatically for any and each
what you can expect should you hire me
pre-figure of Pictures at an Exhibition

the ground will begin to curve downward or drop or vanish into other grounds
the long groups that eventually seem to repeat are so repletely cross-indexed with their own internal repetitions of patterns and patterns of patterns and inner levels of levels that the grander scheme is uncanny
or, what is it that Beethoven thought a movement was? anyway?
we are being ushered somewhere into some society of some kind a refined kind
but can we trust beauty and a human face?
do we trust where we are going?
we are variously pulsed into and away in waves of envelopments
like falling into sleep

hint: follow the voice closely
get right up in its face 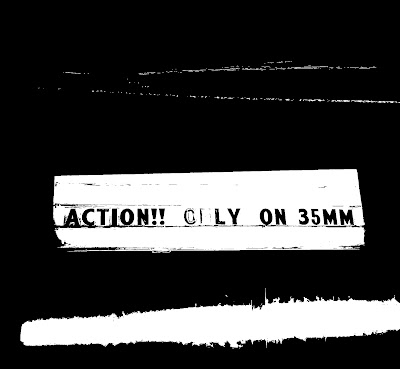 as though overturing an opera
IN YOUR SKULL!!!
even his by the book sequiturs sound like nons
naked quite starkly in his contrapuntal proclivities
a nervous keyboardist's way with figurational counterpoint
in order to proceed properly to Y one must pass through the membrane of X
it hurts but it lasts
never
lots
where you are when you are here
from within everyhuman all planes occupy every where all the time
the action is in the melodies between paired or patterned paired patterns and or patterned pairs: between
the still
within
contrary
the motion lurching through similar the stretching within obliqueness
as succinct as it gets

the face of this collaboration is not always turned outward (usward) nor really even often
loves to linger, hold a thought in its hand, Yorick alas
tunes spill out from their vessels 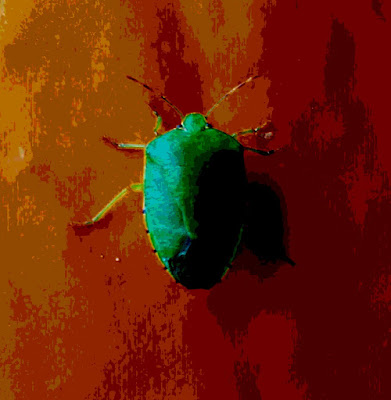 Moving On Without Us - Wes Weddell [from My Northwest Home] 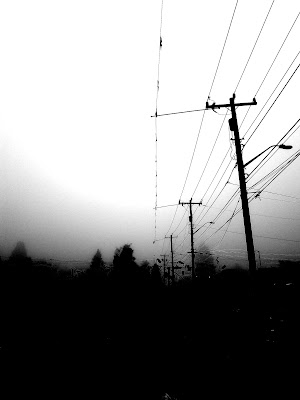 the rhythm of one strand of punnish
the wordless either

did these way wend
they and the world is made free


Neal, being deep in rehearsal for Chapters 4 and 5 of FW, couldn't make it to do the Gradus, so I kept the piano company.
Posted by Keith Eisenbrey at 3:29 PM No comments:

October 11, 2018
Dead Bars
Counterpunch
The Bombpops
Strung Out
The Showbox at the Market, Seattle

Our long-time favorites Dead Bars opened at the Showbox.

Let me say that again.

We have watched and listened to this fine little band rise from their beginnings as a one-off pick-up band thrown together to play a few songs before Your Mother Should Know came on at the Comet back in 2013 - a great show that also included two of my other local favorite outfits: Rob McDonald's Canals of Venice and Emma Danner's Red Ribbon. It was our anniversary, so Karen and I were delighted to be there as they spread their wings on the ample Showbox stage. They even played Regular, which is one of Neal's songs!

Counterpunch hails from Chicago, The Bombpops, who were down one regular member to attend her sister's wedding and for whom their producer filled in, if I got the story straight, were from San Diego, and Strung Out has apparently been doing their thing since 1989. This is not the first time we have been to a show because the opener was somebody we knew, and in which I had never heard of the headliner. 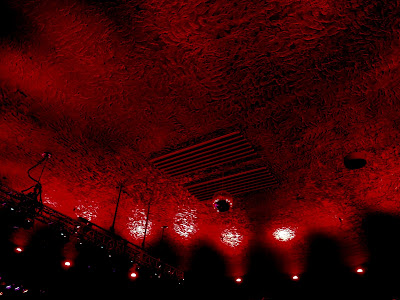 subdued trumpet touched to balance flute and strings
outsized no more
each part given its full color and articulation
not a reduced orchestra, but a chamber ensemble of only the players absolutely necessary to cover the parts

do not approach directly
it will struggle to break free

a vacancy in its middle

was setting it in far off Seville just enough distance to pass the censors?

Answer after some research, sort of, but not really. Beaumarchais had spent some time at the Spanish court. What a crazy life he led! What other 18th Century watchmaker's name springs so easily to mind?

would prefer to read without hip static

post holocaustic flagellation
tunes his pitch to the room of words

Moloch
the vast stone of war

I like my playing on these, deliciously reckless
Greg's piano writing is brilliantly orchestrated
Busoni-ish in expanse 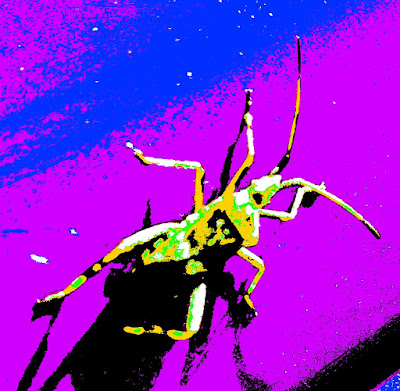 Aaron provides music lesson for young
and old beat drum beat drum gibberishpoems
"free space for causeless bliss"
persistent drumming drum must be tapped at all times wolves dontcha know wolves say what
do I hear slinky back there?
we howl at the leaves
missivate to the stars

but his mem ree ling ers on

in the grave his bo dee rots

these are rhymes
we teach our tots

best cadenza ever
you're welcome
Posted by Keith Eisenbrey at 2:54 PM No comments: 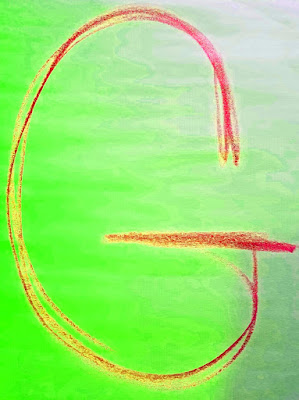 Mr. Scribner gathered this cohort of 10 to improvise variously arranged quartets while carefully avoiding having too many Banned Rehearsal members all together until the very end when we were all there anyway. Good feelings all around.

5. lively but a bit rushed; 6. crazy man; 7. tender, lovely, childlike, lullaby waltz (delicate piano writing!); 8. tells a whole story complete with corporate lament refrain, a ballad, that is, is what it is

a show-off but
o what glory!

brass fandom
another enclave
with its enclave pleasures 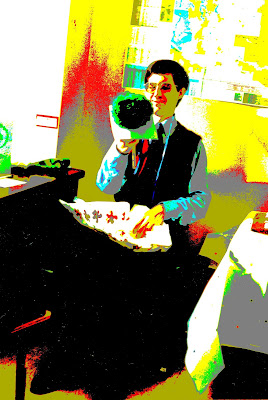 interval: between acousticish sound and electroreverberated sound drives it
or
driven: by 2ish note tune then 3ish note tune
intriguing that it doesn't go on because it could

never finish a thought unless thy finish be to pick up another thought
never finish a balanced thought
music before Beethoven killed it dead
two violins and cellopiano continuo
movements arranged not for drama but for social function presumed
else why?
better than whist by far

Ballad of the Whitman Greeks - Wes Weddell [from My Northwest Home] 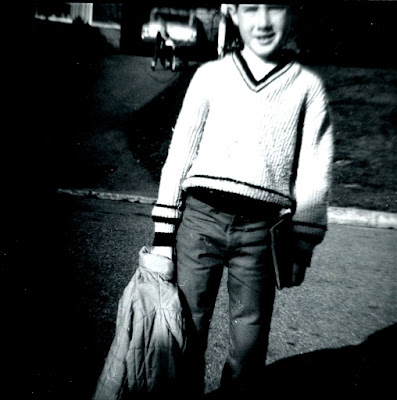 the city they named twice made famous by a cartoon a story heard having been told to
but unverified
micro-urban myth? 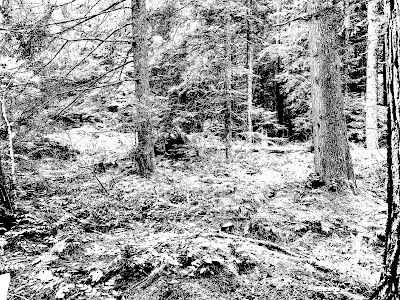 does the quantity of simultaneously played notes count beyond 1, (2) (many) (lots)? and is that importance commensurate with horizontal quantity?
possibility: composition can resolve or confuse that issue or mediate that resolution and confusion
Posted by Keith Eisenbrey at 3:27 PM No comments: