Garrick is one of those wonderful pianists who is comfortable enough as himself that he can focus on playing the piece in front of him, without reminding us from moment to moment who you are listening to. He doesn't sway back and forth nor lift his face flyward nor moan in ecstasy (or something). My big takeaways were the cumulating glow of life at the end of the Beethoven, kindled, it would seem, by clarity alone; the Art Tatum-y hit of the Scherzo; the ever-so-delicate tunes of note-clumps in the E minor etude; and the madly disjointed weirdness of Pictures. I rather enjoy the Ravel orchestration, but it's really as a wickedly difficult piano piece that it comes most alive. I made a stab at playing it in high school, and it was heartening to me that even Garrick Ohlsson doesn't always hit the right notes.

Finding the culturally exotic in the enhanced remembrance of childhood imagination. The episodic structure - set pieces made of set pieces - focuses attention on the color of the instruments rather than on the structure of the tunes they are playing. No sudden moves, solid forms evaporate, glide away, feather precisely.

It's unfortunate that the dynamics are so flat. Otherwise, the clarity of his playing makes a pretty good case. A distant cousin of Chopin's mazurkas.

I was immediately struck by how similar this is to the Ravel in how it functions. This is Ravel with the sharp edges exposed, the shattered exotic, exposed to violence. 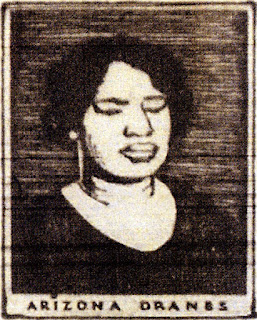 Like that Buster Keaton shtick where the scenery keeps changing around him just as he nearly deals with the last disaster.

Studio trailers for symphonies. Coming Soon to a Theater Near You!