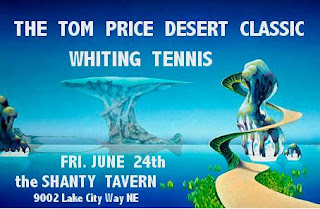 Firmly planted roots rock, no nonsense. The Shanty Tavern is about the size of a large elementary school classroom, low ceiling, wooden floor and wooden walls, a magnificent chamber for sound. Bang on.

How: one sonority is occupied by another.
How: the tone colors are pressed into other tone colors.

Performance Proposition: If a tiny fiddly bit was worth writing out it is worth making clearly audible.

A narrowest passage, a tiniest fissure. How we twist to pass through.

It emanates, rises into being, a portent that pulls us further in. The earth engulfs us to beyond the conception of surface. At the end, unimagined, a sublime day.

In which the second G-natural down from the top, performed pianissimo, sets off a car alarm in the distance.