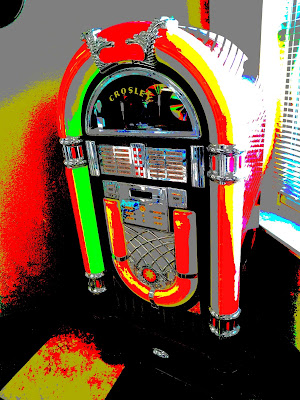 giddy rhyming path
leading where it always started and began

nothing crucial not
nothing not crucial

for dancing Charlestons for slidy strings 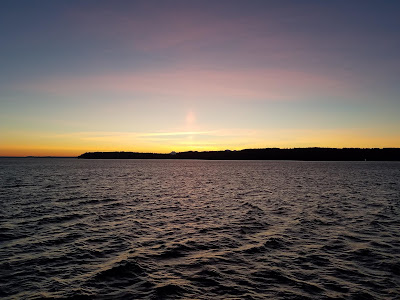 one wonders just how much it cost to produce this recording

all those engineers to pay
all those musicians to pay

On The Trail - Oscar Peterson Trio [from The Great Connection]

then things get serious

sparkly! will there be rainbows and sly unicorns? 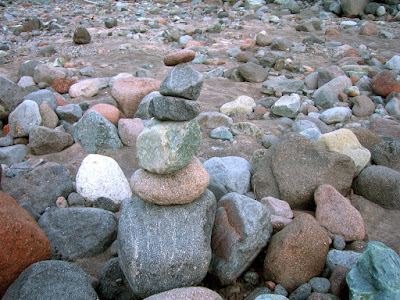 captured or embraced by the mouths of apes

and back to the fingerspun glass rims
funmaker joins the fray

in layers like how we dress here
sound outfits on parade

dinly go we dinly go
and grow and grimly

brass ensembles to organ music: what bell choir music is to piano, or halfway along
another nexus: church and art music - a stubborn one if ever was

Top of the World - Wes Weddell [from My Northwest Home]

on a Toppenish farm!

a feedback hovers far off, poised
ceremonial tingling tinkling bingling and bongling
care must be exercised lest it veer too near us

bells from the rafter pendant
we zero in on it

stops and then
vanishes 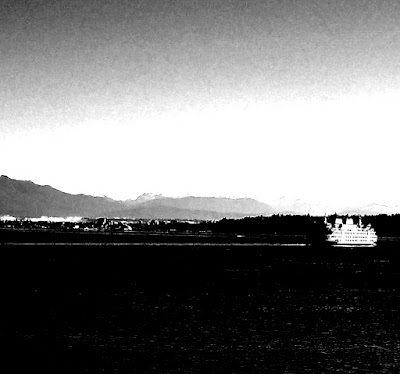 oops! already blogged this one recently oh well
knockout melody of those words

Where Are You - Rachel Harringon [from Celilo Falls]

a combination (in a rung) is a collection, a set, a bagfull, a bag
each bag being infinite in extent and content

some long no note bits are between rungs but others aren't

the end in mind at every beginning renewed
loves that low grumble
Chopinesque suggestion of contrapuntal elaboration
never acquiescing to the fact of it
a confluence - the Gavotte of this also came up in my sight-reading cycle that same morning
order among the suite parts is satisfactory but not crucial, ad hoc is ok
except the Prelude, which must be first

I wrote this chorale prelude in 2001 for organ, and only had to make a few adjustments to make it work for piano, which version I present here.
Posted by Keith Eisenbrey at 4:01 PM