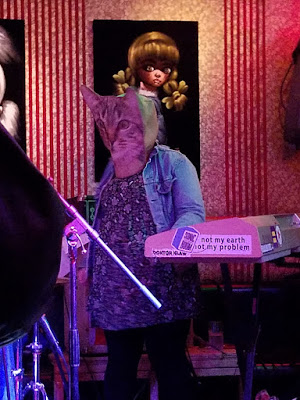 strangely joyless, as though playing for their own heads

How can you not have fun if you wear a cat mask?

Has all the parts of a standard 4-piece, drums, bass, lead and rhythm guitars w/vocals. But here it's all about the bass and her wicked quick fingers.

It stands right up to your eyeballs, studying your every blink.

Something about the sforzando pokes into new registers that comes across as distinctly Webernian. Well yes, see above. By the end he's got that tune dancing quickstep backwards across the tables in 8-inch heels.

Here's the shot: a circular bar, the camera aimed inward on an extracircumferential track whipping around, projected several frames per second too fast, multiple bartenders mixing drinks rapid fire, all the while juggling flaming swords.

Each ointment has its particular fly in't. Technicolor sound and stage apparatus plainly in view. It almost wears a neon sign: Caution! Ironic Remove At Work!

November 8, 2016
I'm Not A Juvenile Delinquent - Frankie Lymon and The Teenagers [collected from Dave Marsh's The Heart of Rock & Soul]

Rides happily through the clumsy engineering on stupid charm alone. I love the variations played on where exactly in the measure "No I'm not a juvenile" enters. All those "no no no no no no no's" were oddly timely.

Stand By Me - Ben E. King [collected from Dave Marsh's The Heart of Rock & Soul]

As was this. But: Triangle! Sandblock!

I still remember Benjamin Boretz's comment about this: "when he runs out of ideas he lets Krenek write a measure" (paraphrase from a conversation in about 1983) - both funny and dead on as to how the affective disjuncture feels going down. 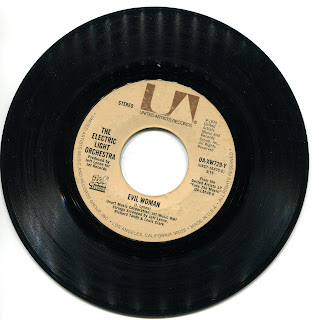 Since the hook is pretty much all one can hear clearly as words, the song comes across as, effectively, a pure expression of misogyny. Yes I can look up the lyrics (I did), and yes it falls in a long tradition of vindictive breakup songs from all skews of gender and orientation, but really, the only thing that gets through is the bald brainwashing repetition: "Evil Woman Evil Woman Evil Woman . . ." Sorry guys, it's just icky. 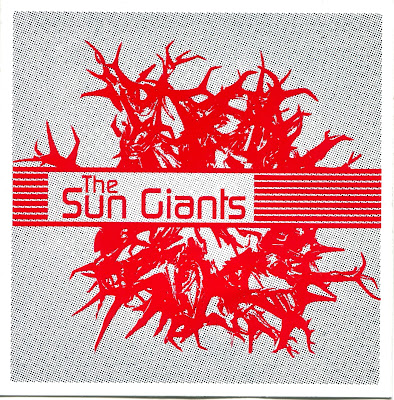 A music reporting back on the reaction of its perpetrator. "I like it! I wish you were here to see it!"

I was amused to discover that I could sing along with her in her own register - and my upper range isn't all that high.