In case we had forgotten, Neal brings us up to date on the story so far. The body laid to rest and the crime rumored about. Chapter 3 will be performed at the Chapel on December 17, 2016.

Focus guaranteed. That firehose is, in fact, directed at your face.

Nothing whatsoever to do with the recent infamous book and movie: this predates all that by nearly 25 years. This begins in late 20th century chamber music territory, flute, harp, some brass. An electric bass enters and some cages are rattled and it wanders into jazz band land. ML was a composer I became acquainted with back on CompuServe, when that was a thing. This was one of several tracks on a cassette - transportable medium of choice at the time. We lost track of each other at some point. I was sorry to discover that he had passed away several years ago at the age of 49.

Lust and Disgust shout each other blue in the face.

Freefloating passages in a partly clogged rehearsal bay. The music's parts, set adrift, have jostled loose. What comes through, even early on, is the orchestral palette, and a sense of how the colors shift.

A screenplay written as a prank or novelty song. Self-parody in the mold of Black Flag or The Dictators, perhaps even leaning toward the full-on satire of Full Toilet.

The space between the notes is full of mischief or tenderness. A music of teasing affection.


A conversation in pantomime, aiming at what just eludes text.

A typical sequence might be expected to climb up or down a ladder. These spin on tilted axes. Organ sounds tend to take up residence within architectural space, in a way that nothing else does that I can think of. Among other things this separates the voices of the fugue along different lines than implied by the score.

Ostensibly in 3, but I was hearing the meter as a sequence of 4-beat measures overlapping like fish-scales so that beat four and beat one occupy the same temporal location.

Once again, the sonata that my friend and collaborator Aaron Keyt reworked into a thorny and thoroughly modern semi-pastiche, and once again it wasn't until the opening of the middle movement that I recognized it. 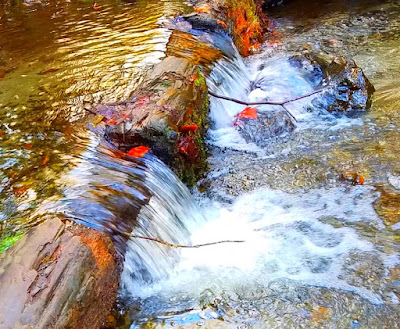 Concerto in A K. 622 - Mozart - Academy of St. Martin in the Fields, Neville Mariner, Jack Brymer

A Mozartean imitation is never direct, he delights in subtle differentiation - a narrower ambitus here, a modal shift there, ornaments full of attitude sprinkled liberally. He fully inhabits the means of his own expression, much as Ken Griffey Jr. fully inhabited his home run swing. This more than anything was probably the achievement that left the Romantics gasping for breath.

Among the poking around are frequent bouts of pretty sweet timbral composition.

The sun was out yesterday morning so Karen and I took a walk down to Ravenna Park. I recorded two stretches. This first started at the top of the ravine, at 20th Avenue Northeast, and proceeded east along the North Trail as far as the ball field (where there was a game of Kick Ball in progress, what fun!) We heard and saw several winter wrens, and crows, gurgling brooks, and a conversation among our footfalls. I still need to find a good way to silence the microphone handle I'm using, but the extra noise isn't too distracting. 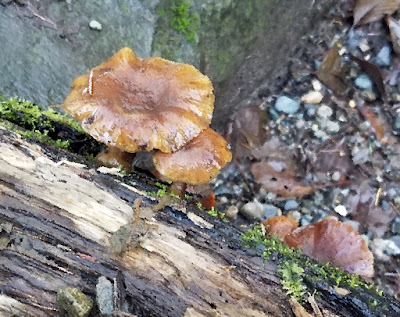 Once we got above the ball field, heading back along the South Trail, we heard a squeaky swing in the playground. I turned the recording back on and we marched up the damp concrete steps (a really nice sound!) and recorded a little bit of the swing in its weary complaint.
Posted by Keith Eisenbrey at 1:49 PM