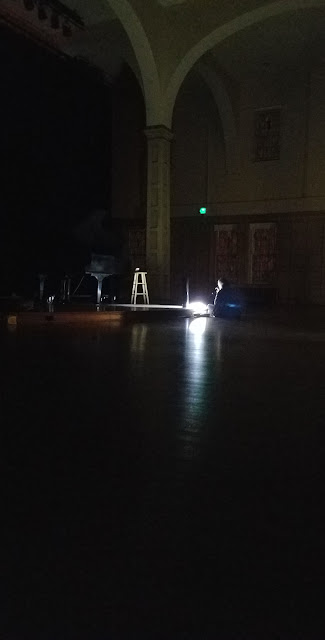 memory fragments in the dark

but hardly a moment in there that doesn't tell.

Color me blown away. Barely a minute and a half long, the tonality is seeming solid but treacherously slick, and the rhythmic sense hovers between flatfooted folkish 3+3+2 and one of Cortot's floating riffs on a Chopin triplet. It would take a graduate seminar to tweeze out all the nested partitions of thirds and fourths winding around in there. All that and then a suckerpunch quasi-double-time cadence that would have made Machaut smile. Amy was kind enough to grant me permission to play around with this: Theme and Variations? Fantasy On? Riffy Etudes? Hmm. 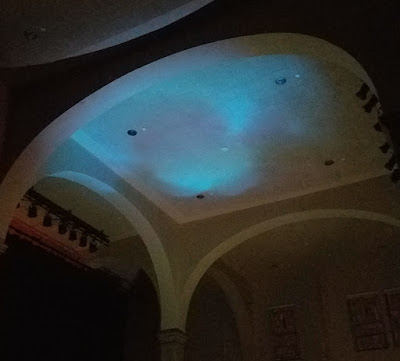 Anonymous - Sleater-Kinney [from Call The Doctor]

Buried in the mix, a guitar's bare hint at reflection, like the dull glint on a gun barrel.

prolonging the lead in, the sense of getting ready to start. The sound world: percussion is in front drums bells wooden bars, guitar in imitation; slipping around inside strands of sustained tones sliding around, back into the percussion chattery. Inventing a mix, an instrumentation, a pattern of weedy tangled sounds. Regularity emerges, but always challenged by some angular, obtuse momentum. Doors open and close. A healthy hang-in-there attitude. Winds down even more prolongedly than it wound up. In the end we present multiple short fragments of possible mixes bending toward the oh-so-composed, long fades perpetually reawakened.

An undulating drone and what gets pulled from it. 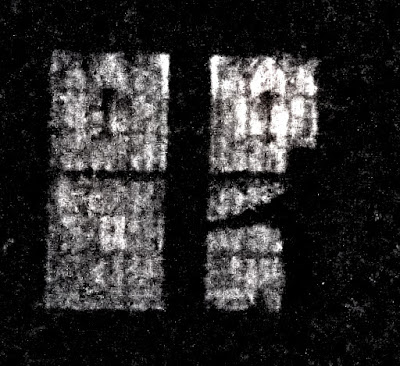 Recited, for the most part. Music enters though the relation between the reciting and the various musics over which it is recited. The big thunderclap near the opening joins the two. As deeply embedded in the humanities as the text is, this take on it comes across like stitched-together missives from space aliens, or as though on latenight downchannel TV. Or: brazenly neo-modern: the old text surrounded by ready-mades. Defiantly not integrated with itself.

Carl finds some very peculiar ways to count to three.

Sequences of types, as sets, sequenced into sequences of types as sets of sets, articulating the picture of life painted for their masters by their servants. The ordered day. It's hard to imagine (if you will excuse the inexcusable) Haydn hiding anything, but then... 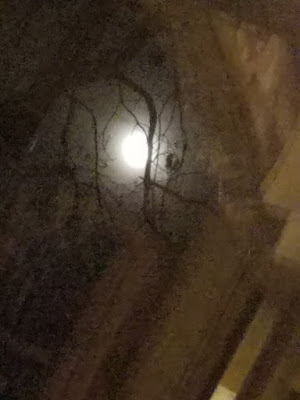