Imagine if The Sonics' ur-proto-punk The Witch had been written by Paul Revere and performed, by The Raiders, as though they were The Ventures. How Northwest can you get?

microphone held right up to the crater's edge 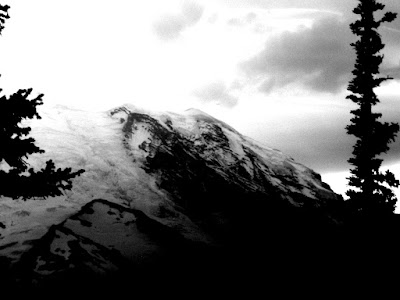 appropriating cultural appropriation
lots of characters to keep track of

Imagine the englishy words: "Heare the carmans whistle blowe" or the like, in the likeness of the children's round Hear the Lively Sounds of the Frogs in Yonder Pond, which now I imagine one could use as the basis of a Byrd pastiche.

That last simultaneity is a killer. 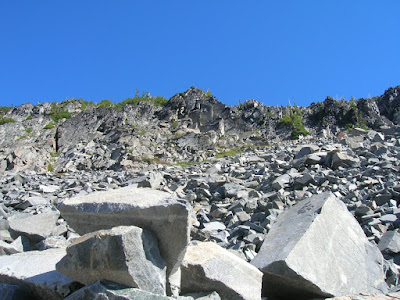 My Romance (take 1) - Bill Evans Trio [from Waltz for Debby]

magical dance of consideration among the trio members

This is about as tightly written a song as any they produced back in the day. Up there with The Boxer.

A Song for Cynthia - Walt Wagner [from Caprice] 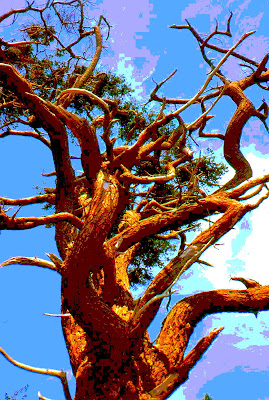 Cache Cache - The Who [from Face Dances]

I'm honestly not sure why anyone bothered with this.

She could have been out partying (I was in Australia) but instead she made this tape. First some tunes then she reads a L'Engle story. Almost finishes it too!

It starts with a second or so of Lurchish groan. At the very end is a similarly brief electroid fade-out. These post-production idea bits come across as being distinctly outside the songness of the song (which song I rather like by the by). They are production decisions, or electronic music compositional decisions - in that they force us to take this recording as a recorded object, in contra-distinction to allowing us to accept it as a song that happens to have been recorded for distribution. They echo each other bookend-ishly: a framing device, an Apology, in the old sense, much in the same vein as the arch title. Interesting, but I'm not convinced it does the song any particular favors.

Same pre-ambular idea as LA above, but this time straight out of the novelty song grab bag: a sci-fi sound of yore around which a pastiche of yore is woven.

The opening hit is allowed to inhabit and breathe, inadvertently highlighting the problem with inserts from outside the song such as in LA and EM above: they tend to either outshine or distract, as though the song were not convinced of its own entityhood. Here the insert is the show, with no song to photobomb its glory.

Banned Rehearsal 701 - Karen Eisenbrey, Keith Eisenbrey, Neal Kosály-Meyer [May 2006]
we are waiting for Neal to arrive (he does about 10 minutes in)
me on electric guitar
Karen an various crude bells, whiny wind, washtubbass
there he is, through the door in the left speaker
another guitar amplified, amply modified
lifts Karen back to crude tractor clutch bells
we shred after our fashion
recede to dry bones
scratchy throat
done