"But, what time are we discussing? That is, whose time? I ask because if it's a matter between my descriptive time and the piece's time, then the issue is not time and temporality but rather the spacing between the two times and someone's (my) desire to minimize that spacing, or redescribed, to align or otherwise match the times, with the assumption that a closeness of fit in some sense matches or otherwise accords with human closeness, that is, that pieces and people can communicate as people and people communicate, and that communication is the utopian moment in these texts."
- Scott Gleason "A Group of Listenings" Open Space Magazine issue 19/20 fall 2015/spring 2016

Something In Blue - Thelonious Monk [from The London Collection]

as voice leading, treats small alterations in the interval of parallelism as a change in motion type, a juncture

N.O.U. Cooking With Gas! - The Nation of Ulysses [from Kill Rock Stars]

bits share gestures or echoes of gestures
but not shapes, except, perhaps, the shape of dissipation
Ken & I: that the notes go away is the piano's true strength, an automatic theme
very much a thinking like Ken Benshoof sort of piece
in this sense: Ken is sensitive to the sizes of and trajectories of affect/figuration time spans
i.e. musical material hunks
it was a regular theme of our lessons lo these many decades past
my sensitivity to them doesn't have the same flavor as Ken's
but how could it?
but it is indisputably there

each track in a row
yup, internet
he says
first everybody guide track
then just guitar
as chords change tones are reborn
then after pause
the guitar again
another pause
before Karen sings
and nicely too
then Neal sings his harmony as a kind of psalmtone song
he wants to do it one more time
always the intro wait wait wait space
but is a better take at that
then another guitar track 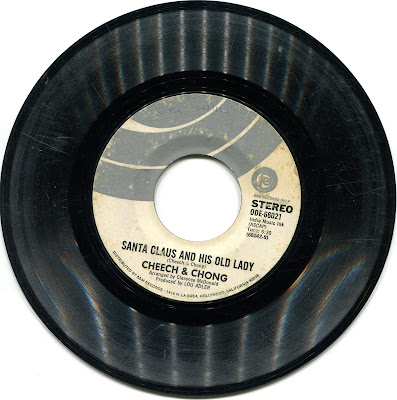 not that one
but another
trumpety

knowledge and remembering
kicked out of the projects

Stranger In a Strange Land - U2 [from October]

moves indoors to big room sound to a smaller room sound
the space around us, joining us, shifts volumetrically

we have done it
but first the patriotistical hymn

whew that's over
we have in deed be gun
the apple is criticised
a few toys and Karen's drums chime to begin be gin
what did we do with the pow'r chord?
Outpost Bickleton Manse (the one Karen moved into after growing up in the first one)
easily we enter into session sessile mode (we sit) and or metaphorically

at drums me
at piano Neal
at harmonica Karen?

would draw thunder
the lion in my wall
unravel
Posted by Keith Eisenbrey at 4:53 PM