"And it works; the world works, even if it seems to work in frequently deplorable ways. Without judgment, the world doesn't work; without distinctions, there is no world. But of course we're talking about music; and the question is whether that chaotic disparity of sensibilities which underlies the orderly uniformity created by conventional wisdom is not crucially the realm precisely of the aesthetic; the place where the distinctions are precisely the ones that matter at the heart of the enterprise of creative expression. That the well-tempered effort to hear conventionally, in terms of the givens of musical culture, of the distinctions and judgments ontologized within their defined terms, is in fact sensitivity training in the service of a certain particular register of sensitivities, a powerful homogenizing agent which makes possible the conduct of musical life, its way of sorting out issues of performance, of composition, of description, of opinion, as if they all made mutual sense - and thus enabling the intelligible continuity of the cultural institution that enacts and reproduces itself as music, as the reality of what music is.

Benjamin Boretz The Universe of One, And, the Music of the Other Open Space Magazine Issue 15/16 fall 2013/winter 2014

Massive, dense solo piano writing that loosens into an odd narrative || that involves lots of shoving things around, things unwilling to move at all, across surfaces that fight back with dogged persistence.

The sort of music that speaks high of lowbrow and low of highbrow: Southern Harmony hymnody in slide-guitar arrangement halfway toward dulcimer Appalachian if it weren't so completely guitar, Haydn thinking in the new world.

man with block head wooden seated bare foot on chair || poly-log from speakers voice of neural chaos. Existentially instructive in the language of prosaic doings stop start up down out.

for toy-piano || in the treating seriously of which (which he does) foregrounds the relation of conceptual size across realms: big piece, little instrument. The theater of it for me is the dynamic question of whether the bigness of the piece overwhelms the littleness of the instrument. Even money. 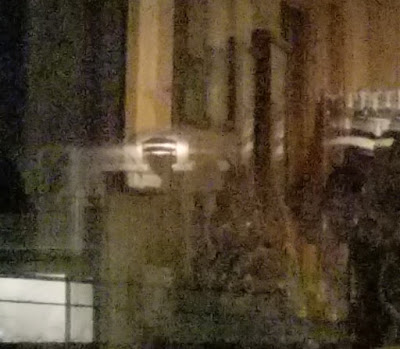 Thank you, Amy Denio, for permitting the use of your tune.

Carson Farley's question hit things brilliantly on the head (thanks! that's probably why it took me aback so effectively) - and I had already chosen the prefatory quotation -  something like (paraphrasing for my own nefarious ends) "why not compose the trajectory from theme to variations, instead of bluntly starting with the finished thingy?"


comment after the fact one: To do so could be another performance of the score. I'd love to hear it.

comment after the fact two: presenting it as I did, in quasi-theme&variations sequence, was an ad hoc decision, since in my thinking about this project all the versions (and others) exist within each other as doubles, ghosts, unperformable as a whole.

comment after the fact three: Scores could be for exploration not performance.

comment after the fact five: I didn't.
or less snarkly: This simply was what came out when I started working. Your possibility did glance through my thought process, but this is what finally got written out.

comment after the fact six: In my thinking about composition projects this is a single complex score within a set of three complex scores, which set of three is the eleventh in a set of (probably) seventeen complex complexes of scores named Etudes d'execution imminent upon which I have been engaged for several years now and expect to be so engaged upon for a good bit longer. I take the overarching title of the project with deadly serious intent.

This fugue is being shucked, like an oyster, a strongly resistant oyster, an oyster of many shells.

A phantasmagoria of kinds of singing and singing groups. As in movies it has special effects: word painting: music bits standing in for representation, representing representation. 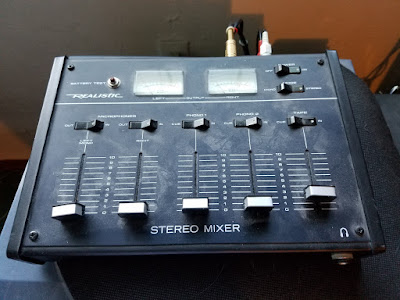 A bit of a comic version of what I understand to be a traditional jazz funeral rite: solemn to the grave, then shout to the skies.

Soloist: "Talk to me, boys". Turn-based conversation as structural stratagem. The titular hook low low in the tessitura each time but the last (see BG above).

This music is having more fun than you are.

Never a shiver of a moment more than she needs to make the statement. Tight as a Scriabin Prelude.

Another kiss-off song from Bob. Is the whole album like this? They get over it better in most of the songs noted above, or at least with better humor.

Almost too precious for sensitive tummies.

An undetermined count of songs in there, a broth bubbling roiling them through each other to the surface. DB at his best doing what he does best.

As cockamamie as the scheme was, there are many features of this 1980 piano piece that continue to be of use to me. As originally conceived there is a theater bit that goes with it, involving stacking alphabet blocks and ringing finger cymbals (which idea came back as whacking an oil drum at the beginning of Five Movements as performed at Bard in 1984). The original performers were Andrew Buchman and me. The midmost movement of the five is a two-note piece for piano four-hands.

July 6, 2017
Ride Me Into The Sun - The Velvet Underground [from Another View]

They'd been working on some stuff and this is a page from their sketchbook.

The so-called "Acronymiad", intent on filling the space with sound the acronyms are partially effaced.

Posted by Keith Eisenbrey at 5:22 PM