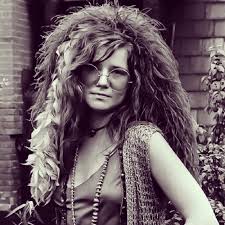 Don Quixote in a strange land, in which he may not be harmless. A metaphor has wandered into the future.

My Baby - Janis Joplin [from Pearl]

Advice from Christmas Past - Dead Kennedys [from Plastic Surgery Disasters / In God We Trust Inc.]

The second page of this poem didn't make it, never had a chance.

Doug Henderson was in town touring with Resistance, so he sat in. A feedback box is created, becoming a limiter, a cage around everything, inescapable, remanding agency, active global control. Into the warzone. Electric Garbage brings us down to dreamstate. Never is not something going on. There's a story about that one.

Guess which song just now, as I blog, came up in the big random mix of everything. Yep. Spooky. The end is not its beginning nor its beginning its end, rather it sets up a time loop in which one is always.

Somewhere between a simultaneity and a timbre, we construct a music around the soundsystem that will play it back. Wild Thing psychedelic. A break in the middle, a long silence that wakes up on the weird side, in a loud mood. Direct to cassette mastering.

Yet another fabulous group performance of my evolving score "Work Architecture Unity And The" begins this, with infant Isabel providing perfect babbling. Eventually the clowns arrive (as threatened). Thickness ensues, relaxes into play of aloof o'er-arch. Try again. Full Stop.


I still think of this as being a fairly recent piece of mine, though it's now over 11. A rock solid thought, in spite of its outdated minimalism.


Each agenda a micro-layer revolving cyclic or shifting big-cyclic-like. Lots of no solos at all. (nearly if not perfect).

Register grouping reinforced by pattern/figuration rhythmic/dynamic composition. Each rung is a key, making possible the notion of transfiguration into the wildly distant.
Posted by Keith Eisenbrey at 4:23 PM