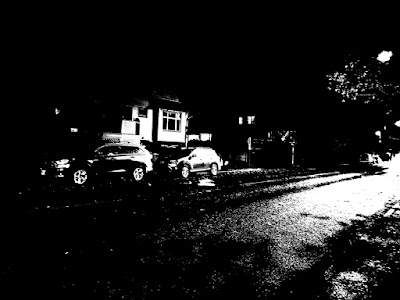 Neal performs this in the dark. It is difficult to take notes in the dark. The dark in which Neal performs this is as much a temporal, Joycean darkness, as a literal, nocturnal darkness. The text itself is so tightly focused on the most immediate statement that the past disappears more quickly than it does in more standard practice prose. We can't see where we've been, and by this we realize that we can't see where we are headed either.

Jeweled rings bedeck the downbeats, ornaments that expand their durations. It is an old way of mediating the vertical and the horizontal realms, curving their axis points.

A two-piano rendition of the upside-down-ready fugue.

This language of hyperaware body movement flies under the social radar, where much can be said. Tunes mime a dancer. Puppetry.

The verses are single statements, or simple question and answer pairs, repetitious, with no explicit narrative. And yet the narrative is clear, peopled, conversational. 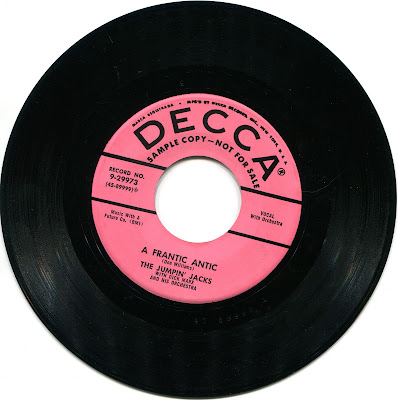 Commercial happy fifties kid music from when Rock and Roll was as yet unknowable. Beatnik beach blanket bingo lingo. Tight playing though!

Three Highland Airs - The Lake Washington Singers, Betty Eisenbrey, Joanne Deacon [from my mom's tape of a concert on April 11, 1961]

I listen to these the way I would look at an old snapshot, a personally fascinating generational artifact.

I Don't Believe You - Bob Dylan [from Biograph]

The power of story telling is the power of persuasion over memory. There's Bob hogging the narrative, betrayed again, or so he says.

Vaporless, frozen, drifting, weightless, flash-lit, a chorale only audible a few notes in any direction || a stillness moving by partial illumination.

Suffers I think from too much me on the piano.

Tight, clean, controlled. At a remove from us. To hear the song clearly it must be held out at an exact distance. Do not enter! Observe. That drum sound there: the space it is in is too big for you. Squint at it through this crack.

There is no beginning to this. There is where the tape starts to record full of vigorous scribbling. The funmaker with its blank stare tone colonizes the sound - a hippo on an anthill. Don G plays in the background (with tootmentary). The various strengths with which the signal comes through making the stage more strangely real for a while. Multiple Don Gs threaded through. Banned Giovanni. Envelopes of drum resonance striking the room drum bursts of radiated sound. We are, in part, and rudely, a form of music criticism. Having actual musics intrude is, if anything, overplaying that role. It becomes too obvious. Small: 'viva la liberta?'
Posted by Keith Eisenbrey at 3:42 PM